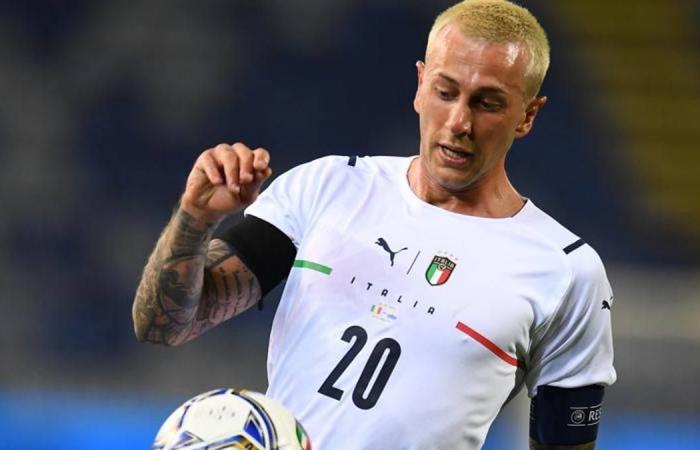 Federico Bernadeschi has taken a swipe at outgoing Juventus boss Andrea Pirlo after his performance for Italy last night.

The midfielder was given a limited role throughout the season under manager Andrea Pirlo, who eventually decided to use him as a makeshift left-back.

Bernadeschi has continued to perform when given the chance for his country during the campaign, and added to that with a fine showing in last night’s win over San Marino, scoring the opening goal before setting up two more on route to a 7-0 victory.

The forward spoke after the match to take a swipe at the role he played for Juve this term, insisting that he always brings his best when he is having ‘fun’.

“I thank the coach who has always trusted me,” Bernadeschi said after full-time(via JuventusNews24). “I tried to repay him, I have fun here, for me it is fundamental. When I have fun, I play well.

“Here I risk the game and at Juve not? Because here they make me risk it, very simple. The quality is very high, I must say that when you have a lot of guys of this quality it’s not easy.

“We have been good for two years, here we are at home. The group is healthy, it is alive, it must be given credit to its staff”.

Italy currently have a 26-match unbeaten streak heading into the upcoming tournament, with one final friendly against the Czech Republic before we kick-off our bid to become European Champions, and I certainly wouldn’t rule out their chances of going deep in the competition.

Does Bernadeschi’s performances for Italy prove that Pirlo didn’t give him fair shot this season?