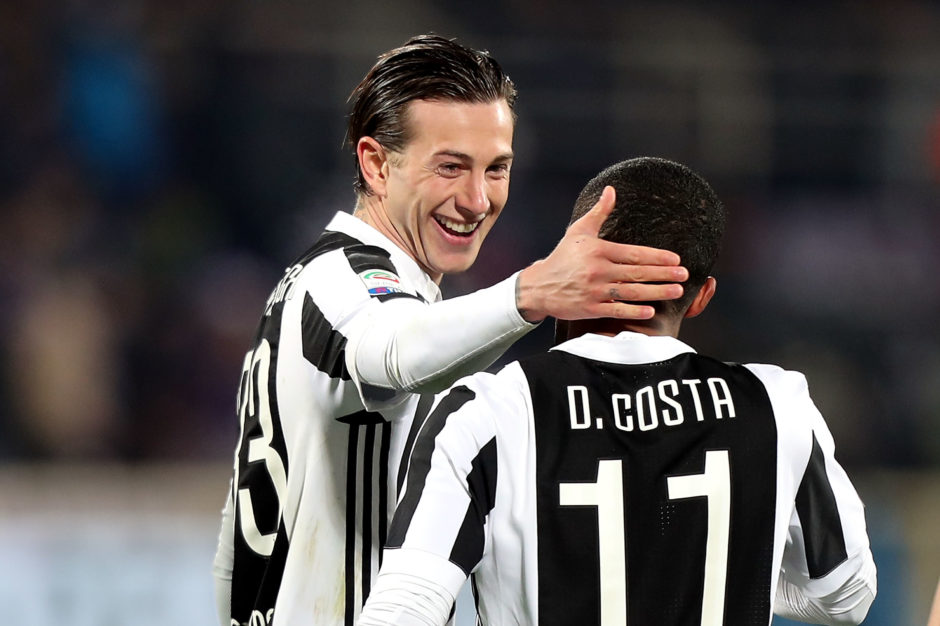 Bernardeschi and Sandro return to training

Juventus have confirmed that Alex Sandro and Federico Bernardeschi have returned to training ahead of the Champions League match against Real Madrid.

The duo have struggled with injuries and it was initially expected that Bernardeschi may have to go under the knife after damaging knee ligaments.

Thankfully, Juventus confirmed that the pair returned to group training yesterday and worked with their teammates, although it’s unlikely either player will feature for the first leg in Turin tomorrow.

Mario Mandzukic is still a doubt for the game having missed out on Juve’s 3-1 victory over AC Milan at the weekend, although the team was boosted by the return of Juan Cuadrado who came off the bench to score a decisive goal.

Medhi Benatia Miralem Pjanic are suspended for the first leg of the Champions League tie and it’s been reported by Sky Sport Italia that Rodrigo Benatncur and Andrea Barzagli are in contention to replace them.

Turkish referee Cuneyt Cakir will officiate the match which kicks off at 19.45, Tuesday 3rd April.

Buffon: ‘I have unlimited admiration for Ronaldo’