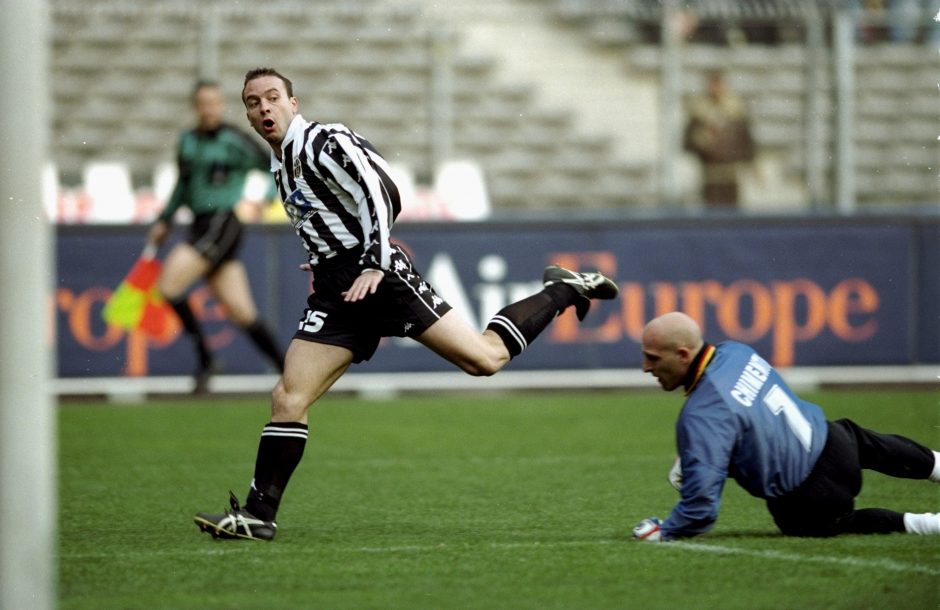 Birindelli: ‘Juventus are sterile where it counts’

Former Juventus defender Alessandro Birindelli believes the current team are ‘too relaxed, too passive’ and ‘sterile where it counts.’

The Bianconeri veteran gave a series of interviews on his time at Juve and shared his thoughts on where the team are going wrong.

“Beyond the technical aspect and attributing blame,” he told Radio Bianconera, “Since I was part of this group and I know their DNA,  I see a team too relaxed, too passive, it doesn’t have that competitive spirit and that desire to achieve a result at all costs.

“I see a team that plays, but it is sterile where it counts, it gives away opportunities and then when it has to make an impact it never gets dangerous.

“Beyond the tactical situation and the market, I see a team that goes out on the pitch just to make appearances.

“It is necessary to understand how much this coach, this group and this technical staff have the will to achieve a common goal.

“How do I explain the lack of desire? I haven’t given myself an explanation, there are important people in this team, who have been at this club for years.

“I doubt that the new purchases, in addition to having disappointed, did not impact as much as they needed to.

“How to get back on track? In my day we all closed ourselves in a small room, with the management too, and we said things to each other in the face even harshly.

“If you do not do this and you think you are better than everyone, reaching a result through luck, in my opinion, at the end of the year, you won’t get a return.

“I hope it was a false start for other reasons because I’ve been there for many years and I’m a fan, but I think that at this point there is need for a total confrontation between the parties, in a serene but also direct way.” 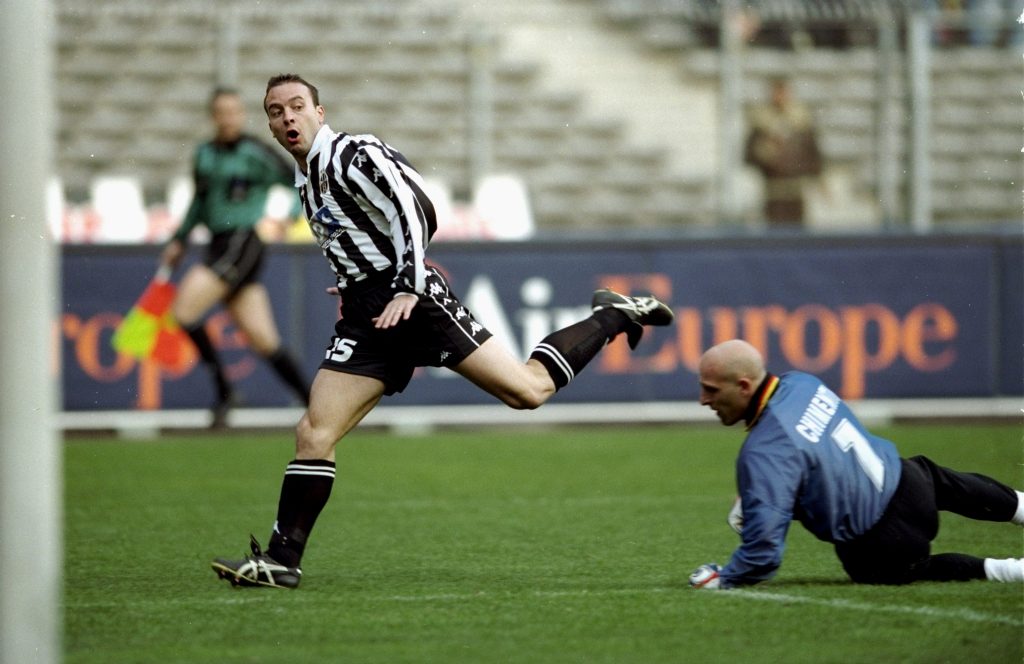 13 Feb 2000: Alessandro Birindelli of Juventus in action during the Italian Serie A game between Juventus and Lecce at the Stadio Delle Alpi in Turin, Italy. The game ended 1-0 to Juventus. Mandatory Credit: Clive Brunskill /Allsport

In a second interview with Taca La Marca, Birindelli expanded on what he thinks is wrong with the current squad and shared memories of his time in Turin.

“The Coppa Italia final? What stands out is that Juventus had no conviction, the DNA of the club is missing,” he continued.

“The Bianconeri always seem to have the ball during the game but at the important moment, the right ‘malice’ is lacking.

“Regardless of the tactical problem, Napoli put in a good performance putting Sarri ‘s team in serious difficulty and without Buffon, they would not have gone to penalties. The end result is right.”

Mario Mandzukic left the club in January after being left out of the team for 6 months, leaving Juventus with just one recognised striker.

“The centre forward is important for Sarri’s game and his presence can guarantee more freedom to the other players.

“Giving the constraints to Dybala and Ronaldo, the transfer of Mandzukic surprised me, I wondered who would be the centre forward in the event of Higuain’s injury, we had to intervene in the transfer market to find an alternative.”

Having lost the Coppa Italia and holding a slender advantage in Serie A, there’s a very real risk the Bianconeri could end the season without winning a single trophy.

“Juventus had not foreseen the fact that several coaches would have refused the opportunity to be on the bench.

“They built the team on company decisions and subsequently decided to project themselves on a coach who could have developed a good game, despite the squad not being congenial to his idea of ​​football.

“All in all, now we are still in the two main competitions and Sarri’s future depends on what he will win.”

Former teammate Antonio Conte chose to coach Inter, despite his close ties to Juventus dating back to Birindelli’s time at the club.

“He accepted the challenge of Inter because he wants to win, he wants to inject into his players the desire to fight every second.

“Juventus risks entering an era in which other teams raise their level and with the real danger of being sucked into a fight with each other for each trophy.”

Birindelli started his career at Empoli before making the transition to Juventus in 1997, becoming part of Marcello Lippi’s Juve.

“The experiences in the minor leagues have been important for my training. Meeting coaches like Spalletti was very important and on my arrival at Juventus, I came prepared thanks to the self-esteem that I had learned in previous years.

“I had other future coaches on the pitch like Zidane, Deschamps, Conte and Inzaghi. If a young man enters the pitch and has the chance to have teammates of this calibre, everything becomes easier.”

“Tudor? I never thought of seeing Igor on the bench as a manager, he was a little crazy as a footballer, but he showed he could play the role of the coach very well.”

“5 Maggio? The conviction started from the previous weeks and the coach said that if we had not done everything possible,  we would have regrets. This allowed us to win the match in Udine, leaving the last word to Inter. It went well. The difference made us always believe in winning it.”

“My goal against Deportivo La Coruña ? It was enough to see Montero’s face when I scored to understand what I had achieved. When you score these types of goals in such context, it is very difficult to express emotions.”

Video – On this day, Ronaldo, Dybala and Costa scored screamers in Genoa