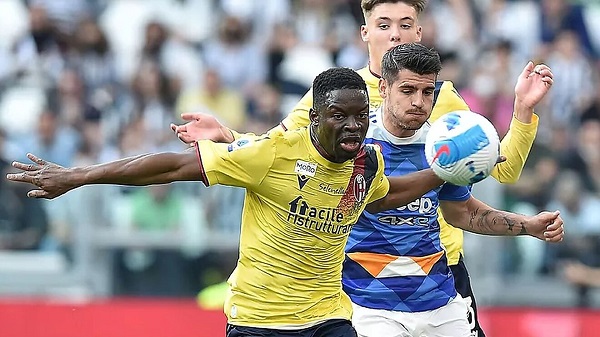 Bologna midfielder, Jerdy Schouten, has spoken about their 1-1 draw against Juventus and claims they did their best to earn all the points from the game, and they are proud to have gotten a draw.

Juventus needed to win to keep themselves well ahead of AS Roma and the other clubs chasing them from behind.

However, they were made to work very hard by a confident Bologna side who will feel they did enough to get all three points.

After having two players sent off, they allowed Juventus to get a much-needed equaliser deep into added time.

But Siniša Mihajlović’s side can hold their heads high because they did a great job and Schouten thinks so too.

He told DAZN as quoted by Tuttomercatoweb: “We did everything to get the three points, we didn’t succeed but we are proud. We played a good match.”

Bologna deserves praise for how they performed in that game and they will feel they should have gotten more than a draw from it.

Juventus has to do better if we want to end this season in a good position and this is another result that shows we are truly struggling.

If we perform like this against Fiorentina in the return leg of the Italian Cup semi-final, it is almost certain they will beat us.