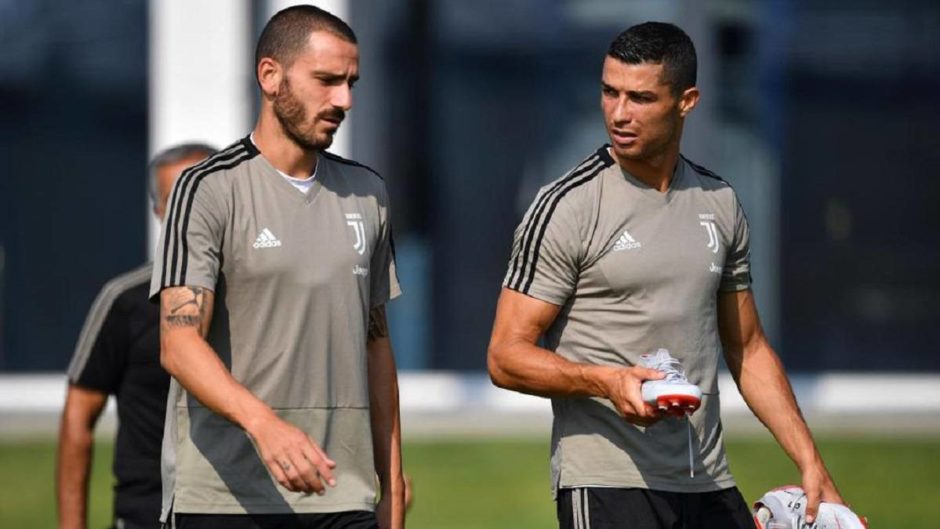 Bonucci: ‘Cristiano Ronaldo is a machine’

Leonardo Bonucci likens Cristiano Ronaldo to a machine and says Juventus cannot hide their ambitions for the Champions League.

The Bianconeri defender is prepared for the visit to Madrid to face Atletico and highlighted the importance of the famed ‘BBC’ defending group.

“With Barzagli & Chiellini, we get together and complete each other,” Bonucci told Spanish paper AS.

“Each one enhances the qualities of the other. Would I want to face Gigi Buffon in the Champions League? I would rather not, Gigi is the number one but also a great friend. I grew up with him. It is strange to turn around and not see him.

“Real Madrid? It’s true, they wanted me. It was a honour, but Juventus and the call to go back home took my heart.

Bonucci turned his attention to arrival of Portuguese superstar Cristiano Ronaldo last summer and the difference he’s made for Juve and Serie A.

“If Cristiano Ronaldo arrives, it means that your level has increased. The goal is to win the Champions League, we can not and should not hide.

“The level of Italian football has improved. There was a period when Juventus was much higher than the others and when you faced Napoli, Inter or Milan you felt that you would win without problems. Now it’s not like that anymore.

“At the beginning Cristiano was still a rival … Every day, before and after training, you can find him in the gym, I do it too, but there are times when you can not stand it. He is like a machine, he doesn’t stop, and you can only admire him.

“Ateltico? We will have to fight for every ball, it will always be a battle against them. Morata? Alvaro is a friend but I have already warned him: “As soon as you enter the pitch I’ll give you a kick.” He replied: “don’t you always do that!

“Nicolo  Zaniolo? When Mancini called him up, we asked who he was! But straight away, in the first training session he showed something, he has a great talent.”