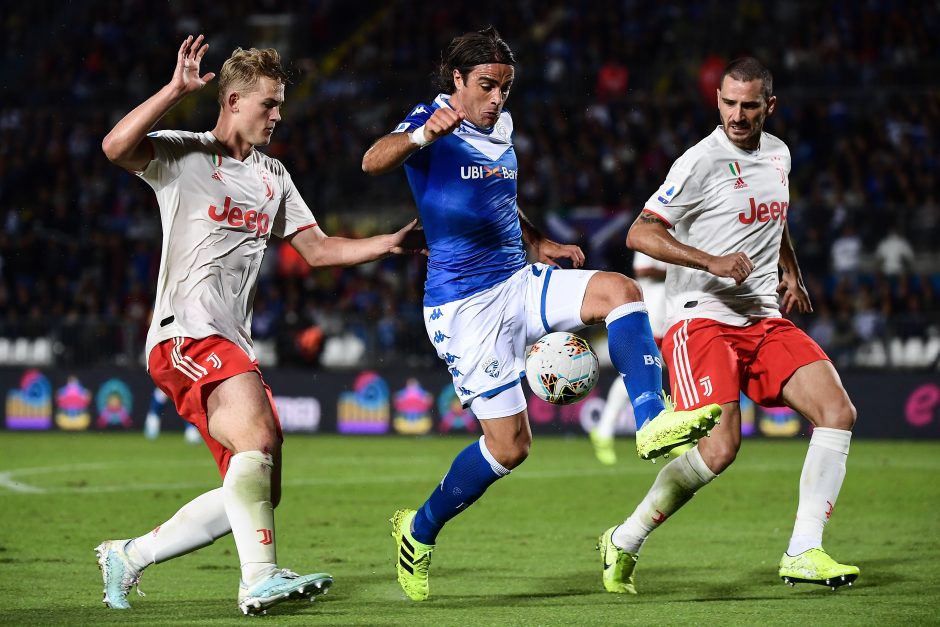 Leonardo Bonucci believes Juventus are the favourites against Olympique Lyonnais in the Champions League and that Matthijs De Ligt will become on the best defenders in the world.

The Bianconeri meet Lyon in the last 16 of the Champions League tomorrow night and Bonucci believes they are ahead of their opponents.

“It’s true that we are favourites, but the matches are won on the pitch,” Bonucci told L’Equipe.

“It would be convenient for us to score in Lyon ahead of the return leg, but we will have to prepare for the match with clarity.

“Lyon have a lot of fans and many young players who will try to show their value.

“Garcia used to be a coach in Italy, he knows how to approach certain games,” he said. “The Champions League is special; the mentality matters a lot. We must be careful.

“We have regret, the Final against Barca we thought we had won after Morata’s goal, while against Real, we underestimated the opponent in the second half.

“The competition from Lazio and Inter in the League will help us not to give up even in the Champions League.

“Sarri is very intelligent, both as a person and in footballing terms, when he talks to us, we understand why he came to the Bianconeri. He knows how to improve the teams he works with.

“A new way of seeing football has arrived with him. In defence, for example, we play zonal marking. It’s complicated, but I’ve never been afraid of things that are difficult.

“Ronaldo? Cristiano has a fantastic technique and consistency. He is a war machine. Since he came here, we have all taken from him to improve.

“De Ligt? Matthijs is young and talented, he will have time to become one of the best in the world.”