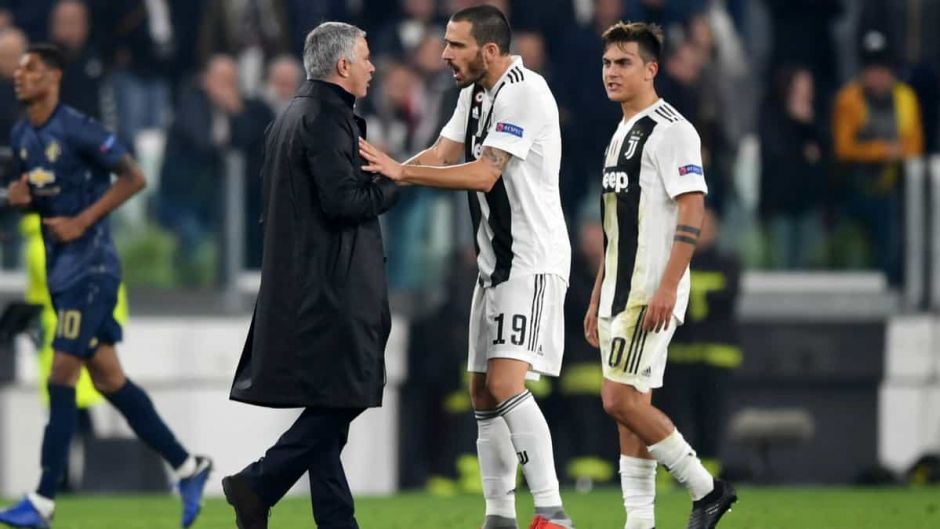 After beating Spezia on Monday night, José Mourinho was in a relatively good mood.

However, this never necessarily meant restraining himself from aiming digs at some of his favorite targets.

Since returning to Italy, the Roma manager has been slowly but surely reigniting his old rivalry with Juventus – even though it never fully died out in the first place.

The Portuguese manager claims that his booked players must be much more careful than those who play for the Bianconeri – while dropping the name of Leonardo Bonucci.

“Without injuries and suspensions the team is good, there is a lot of potential. Not for the Scudetto, but for a better spot in the standings than the current one,” said the Special One in his post-match interview with DAZN as reported by ilBianconero.

“We look like a team of assassins based on the number of bookings we receive. For us, some evaluations while we’re on yellow cards are different.

“Bryan Cristante was booked, so I told him to take it easy, because he’s not Bonucci, who is given a different treatment.”

To be fair, that’s the least we can expect from the outspoken Mourinho who built a career out of taunting his rivals.

For Juventus fans, this might sound like a needless and random rant, but the Special One knows exactly what he’s doing.

The former Inter and Chelsea manager is an expert when it comes to sparking controversy, and his popularity amongst the Roma players and fans can only rise with such comments directed towards their rivals.

Opinion: Class of Glass? Why Dybala might be Juve’s biggest dilemma