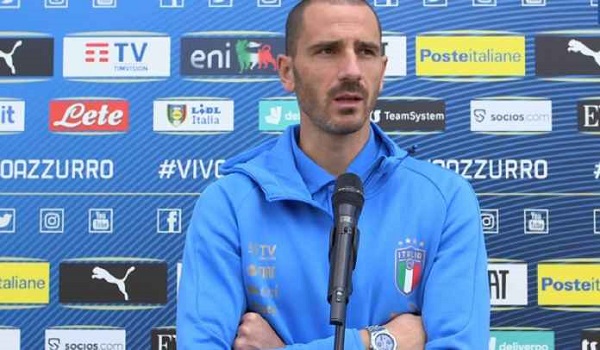 Leonardo Bonucci has explained how they held off England in their Nations League game last night and says the players deserve praise for their performance.

Italy won the game 1-0 thanks to a stunning strike by Giacomo Raspadori, with the assist coming from Bonucci.

The defender has missed some games for Juventus this season because of injury, but he was fit to start the match and delivered a sweet long ball, which Raspadori controlled well before letting fly to beat the England goalie.

That win means Italy continues its resurgence after missing out on the World Cup later this year, and England must wait to avenge their Euro 2020 final defeat.

After the game, Bonucci spoke to the press, and he said, as quoted by Tuttojuve:

“We thank the public. We started well, after we lowered ourselves a bit but we had control of the game, risking only in the final. We have to work on that to stay short and inside the game but today I think the team deserves a round of applause.”

Italy has to reinvent itself in international football, and the win against England shows Roberto Mancini is doing a good job at the helm.

The Azzurri would hope to keep performing well, and Bonucci will remain in the squad if he maintains his level of performance at club level.