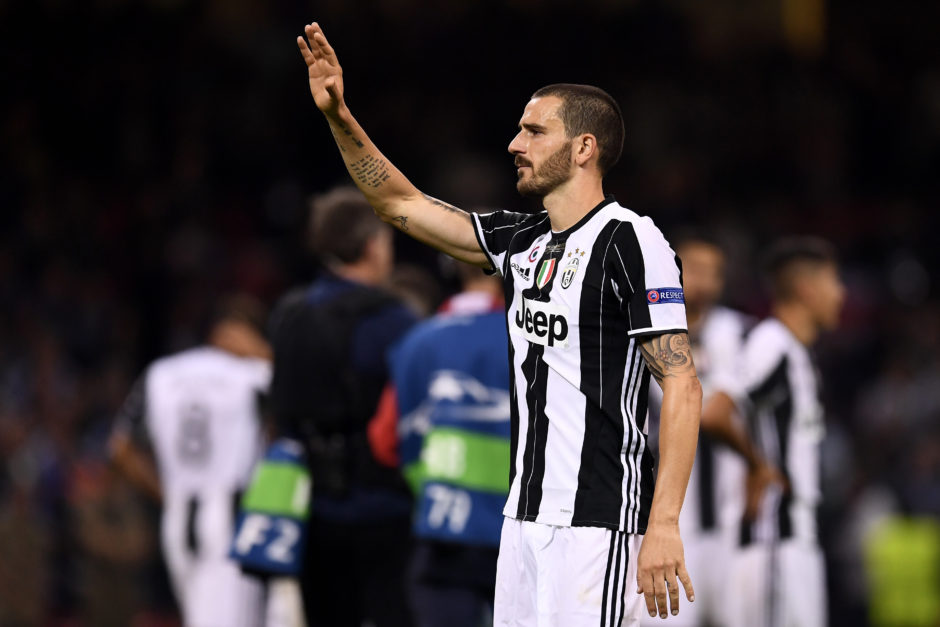 The defender spoke to JTV ahead of Juve’s first friendly game of the season against Tottengam Hotpsur in Singapore.

“I feel good. A new season has started with a lot of enthusiasm, new challenges await us, and it has been an intensive week, but the good and important thing is that we did it all with the ball.

“We kept a high tempo, are getting into the Coach’s ideas and he wants sacrifice from everyone, but we’re on the right track.

“Sarri does a lot of work with the ball, a great deal of intensity, few gaps to rest and drink, as he wants us right on to the next exercise. That keeps our concentration levels up.

“I’ve been struck by Sarri’s ideas. When you see his teams from the outside, you think you know what’s going on, but seen from the inside, you understand the intelligence of a Coach who has certainly brought in new ideas.

“Juve is my home. I came back after going to Milan because I know what I can give here and I feel that I’m in the right place. Of course, every year you have to prove yourself and improve, so this’ll be another year in which every single Juventus player will continue to grow.

“My objective is to go for every target available, which is always the aim for anyone wearing the Juventus shirt. On a personal level, I want to get back to being the player I was two years ago, because I know that I could’ve certainly done better over the last couple of campaigns.

“I want to get back to the old standards that the fans had become accustomed to.

“Buffon? It’s a great return both on the field and off it. Gigi is an important presence in the dressing room and will certainly give a big hand to making everyone understand what it means to be at Juventus, because he is the example to follow when wearing this jersey.

“De Ligt? Matthijs is the best young defender in the world right now and he needed to make this step in order to grow. We gave him a warm welcome, because we know that along with Merih Demiral and Daniele Rugani, we have talented young players who can allow us to be competitive at every level.

“Juve can’t go backwards, we’ve already improved where we were lacking in previous years and have top level alternatives in every role. Now we have to do our talking on the pitch, as that is ultimately where we are judged.

“We need to follow the ideas of the Coach and give 100 per cent. It’ll be a hard-fought season, especially in Italy, as Inter brought in one of the best Coaches and Antonio Conte will certainly give a soul to that team.

“Napoli continue to grow year on year, it’ll be up to us to improve. In Europe, we know all the big clubs try to improve, as Juventus have done, and we’ll battle it out on the field.

“I can’t wait to get started.”