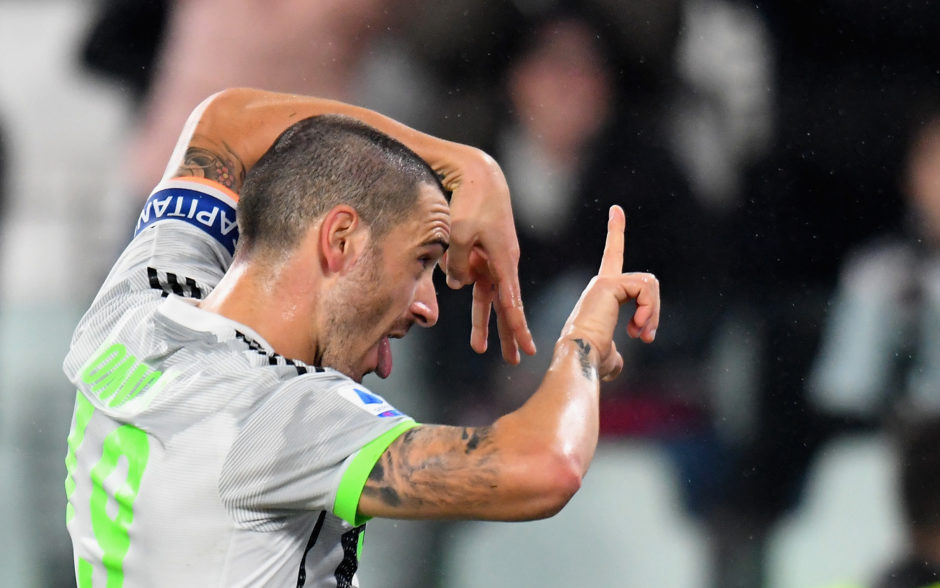 Leonardo Bonucci believes the Juventus squad is having ‘so much fun’ with coach Maurizio Sarri’s footballing ideas.

The Juventus defender and stand in club captain has returned to form this season, netting a number of goals, making him the only defender to have scored at least one goal for the last consecutive seven campaigns.

“It’s a good figure, but this is already the past,” Bonucci told La Stampa.  “I hope to be able to help the team in every way to reach out goals: we are becoming a large group and we need to improve ourselves every day.

“The Derby against Torino? Very difficult and balanced. After an important start, Torino are going through a critical moment and the defeat with Lazio was heavy, but the derby is always a separate game: they will give everything and more, but we have to keep running towards the title.

Having already played 12 derby matches against Torino and winning 9, which was the unforgettable derby?

“November 2014, Pirlo’s goal in the 93rd minute. When you win at the end of the match, the joy is greater, let alone in a derby … And the derby with Cuadrado’s was also important the following year.

What did Bonucci think when Sarri became the Juve coach?

“I didn’t see it coming. We knew that with him we changed the way of interpreting games: we are doing it, but we still need to write our story, and we want this year to be historic.”

How is it going from Allegri to Sarri?

“A great change, for us defenders first and foremost: from man marking to each area of ​​the pitch. It takes time to assimilate, but this work is beginning to bear fruit.

The big leagues are built on defences, we’ve conceded very few goals through lapses in concentration.”

How thin is the border between beauty and narcissism?

“The goal is to win while playing the beautiful game. If you then need to play a dirty game, then you can do that too.

Is there a ‘Sarrism’ in the Juve squad?

“Everyone has their own ways to reach the top: Allegri did it with 5 championships in a row and two Champions League finals, nothing can be said against him.

“Now there is another way of conceiving football, and we are having so much fun with Sarri’s ideas. They give us a lot in terms awareness: we hope to win just as much.”