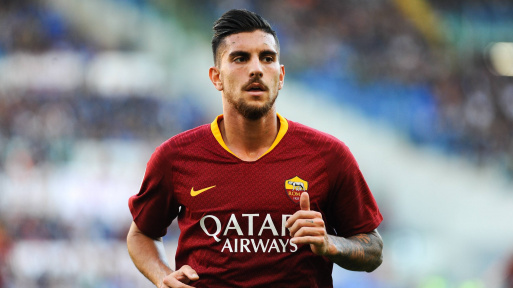 Juventus has been handed a small boost ahead of their match against AS Roma this weekend as the Giallorossi captain, Lorenzo Pellegrini is reportedly out with an illness.

Calciomercato reports that the midfielder missed Roma’s training yesterday because he was ill.

He has been back from the international break since Sunday, but came down with a fever and had to miss yesterday’s training.

Pellegrini is one of the key members of the Roma team and it would be a huge boost to Juventus’ chance of winning against them if he misses the match.

The 25-year-old has 7 goals from 10 competitive matches this season and 4 of them have come in Serie A.

The report says it is not a serious problem and he should recover in time for the match.

However, some illnesses are unpredictable and he could be sidelined for the game if it becomes something more serious.

Juventus will hopefully welcome back Paulo Dybala for the match, but they are unlikely to have Alvaro Morata available even though he has stepped up his recovery from injury recently.

Juve has lost just one of their last five matches against AS Roma and they beat the Giallorossi 2-0 when they visited the Allianz Stadium last season.