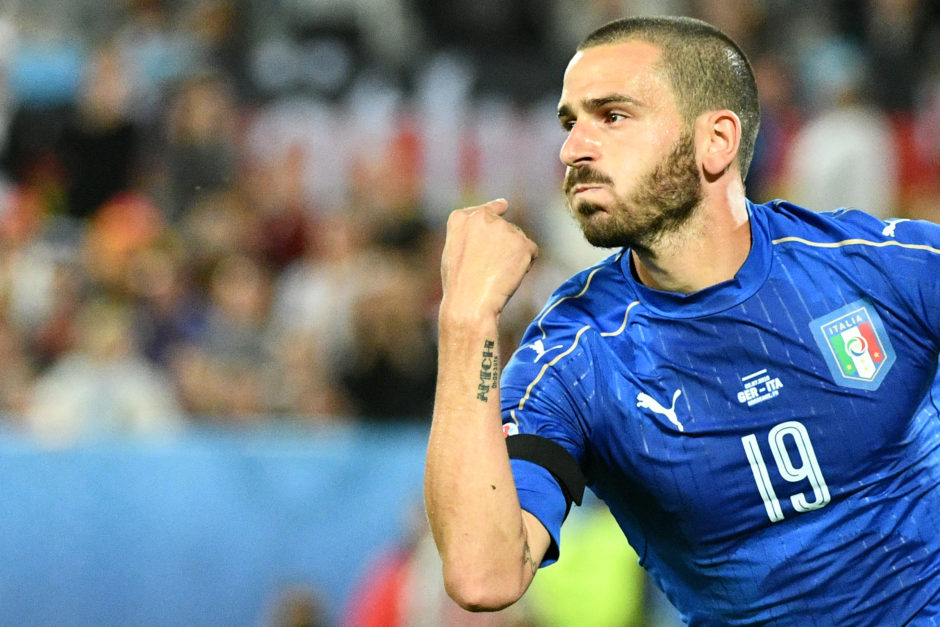 Bowing out with pride restored…

We went into this tournament far removed from the talked of favourites or even dark horses. ‘The worst Italy squad for 50 years’ people were saying and on paper, it was far from cruel or misplaced. No recognised flair merchants in attack or midfield, a solid yet unspectacular qualification campaign and haphazard friendlies in the lead-up. Injuries to Veratti and Marchisio added to the woe. My own analysis was rather more positive. Mainly due to an understanding of Conte’s methods and the world class Juve rear-guard stalwarts. With a bit of luck we could win the group and if so, Conte’s superb ability to imbue in a squad a sense of togetherness, belief and immense work rate would gain momentum. The longer we remained in the tournament, the better we would become.

It was unfortunate how the draw worked out, yet I always prefer to lean towards eagerness to face the very best, not avoid them and coast towards the final. Champions want to be tested, not against Iceland, but against the strongest foes available. And they come no stronger than Germany, who for me, are the finest side on the planet. Its odd how the fortunes of Juve mirrored that of Italy, for finding Munich in the knock-out stages then Spain/Germany/France in the same path of the EUROs is remarkable! Still, as I wrote in March; if you want to be the best, you have to beat the best.

The second round match with Spain was one of our finest performances for many years. Unfortunately we lost De Rossi and Motta, the two hugely experienced linchpins of the side. Added to the absence through injury of Candreva. Sturaro was shoehorned into the midfield, despite carrying a knee problem and Parolo moved to the middle. Other than which the side remained as it had been. 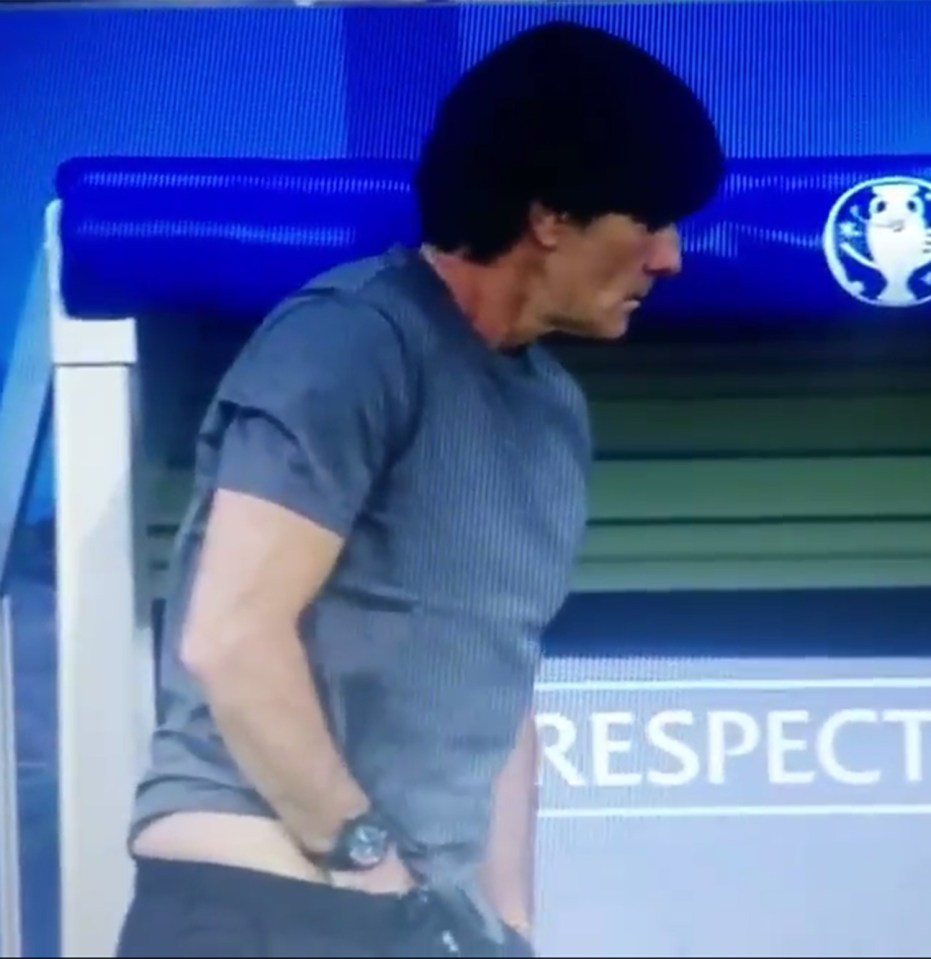 The cock sniffing, snot eating human lizard hybrid Joachim Low made the understandable decision to set his side out to close to mirror our own Juve-esque 3-5-2. With an emphasis on pushing back our wingers, denying them any time or space high up the field. For most of the first half hour, the sides cancelled each other out. Yes yes! Germany had the lionshare of possession, yet created little of note.

Italy finally sprang into life after a brilliantly timed Parolo tackle in our own half on 27 minutes. Suddenly we looked like a side up for the fight, pouring forward as the game threatened to open up. The little goblin forged a chance for Sturaro arriving from deep yet the ball went wide. And then it was the Germans turn to threaten…Florenzi losing the ball on the wing, yet charging back to make the clearance of the tournament, diving through the air, raising his foot to meet the shot to deny Muller the opener. That sequence epitomised the outstanding spirit of the side married to inconsistent quality on the ball.

We emerged from the tunnel far more adventurous after the break. Conte had clearly fired up the players and we had Germany on the back-foot until the momentum was lost, through a typically italian flurry of 3 yellow cards in a five minute spell of aggression and frustration. With legs beginning to tire, it was that man Gomez who began the move which led to the goal. A smart run from deep led to a deflected cross falling kindly for Ozil to power in for 1-0.

With the wind sucked from our sails, the players in blue sank. Germany smelt blood and went for the kill and a galactic class save from evergreen Buffon was all that denied Gomez from close range. Or was it Chiellini whose last ditch all or nothing tackle sent the ball goalward! Regardless, it was the finest save of the encounter. Pure Class.

Pelle wasted a great chance after we had recovered our balance and then out of nowhere, we were presented with an opportunity to level the tie from the spot. Boateng jumping high for a corner with his arms flailing for a clear handball. It was strange to see Big Leo step up, yet he scored with aplomb to a mighty chorus of azzurri fans the world over.

Both Pelle and De Sciglio forged chances to shoot on goal before the ref signalled the end of the 90 minutes. On the balance of play and chances, there was very little to choose between the two sides.

Extra time was a cagey affair. The Little Goblin was wrongly booked for simulation when clipped outside the box. And Neuer was saved by an atrocious decision from the ref who blew for a foul on the keeper after he had smashed the ball against the referee then took out an italian to recover from his error. It should have been a penalty. Such tiny margins often count in such tight encounters.

Before the final whistle, Zaza was brought into the fray with penalties in mind. The most topsy-turvy shootout in living memory ensued. Zaza attempted to clear the stadium after one of the most bizarre run-ups we will ever see. Pelle goaded Neuer then delivered a truly wretched pea roller towards the corner flag. Yet the Germans suffered similar horrors. Sudden Death loomed with the chance to win the match swapping kick by kick between the sides. Darmian stepped up at 5-5 and was saved. Hector made no such error…

Superb reflexes when it mattered and cruelly unlucky to see the winning penalty squirm below his arm. I hope to see him still between the sticks at the next world cup, yet he has lost the chance to add a european championship to his trophy cabinet. Still time to add a champions league title, maybe next term! 8

Outstanding performance from the 35 year old who ran hard, marked, covered, tackled, was never beaten. One of the true greats of any era. 9

Scored the equaliser, dominated the defence, pulled the team forward throughout. A warrior. Possibly the most complete centreback in the world game. 9

He enjoyed himself, fought with cunning and power whilst trying to get things moving higher up the field on several occasions. Indomitable. 9

Worked exceptionally hard, yet his distribution rarely matches his industry. How we missed Candreva…yet the Roma man gave his all and earned his stripes. 8

If we didn’t have Sandro, I would be roaring for us to sign the youngster, for whom a great future beckons. Comfortable in both attacking and defensive phases of the game. I still hope we can sign him, yet that would mean Evra must depart, and the kid deserves to play regularly. 8

Ran himself into the ground, did his best to pick out runners up top and displayed drive and pride in the shirt throughout. 8

Very unlucky not to see his herculean efforts rewarded with a goal or assist. He was the little goblin of old. Speed, trickery, very direct, always wanting to make something happen, threw himself into the game as if he might never play again. 8

Injured, rageful yet played his part in a memorable performance from a patched up Italy. The experience will prove nourishing to his development. Never over-awed, fought like a trojan and was unlucky with his shot which flew wide. 7

Brilliant link up play, atrocious penalty and failed to make the most of his one gilt edged chance. He has had a fine tournament. 7

The brazilian has grown on me game by game. Deceptively quick, cunning on the ball and loves to get stuck in. His effort deserved better. 8

We bow out of the tournament with our heads held high. No team deserved to win the match, with both sides creating equal chances and only the lottery of sudden death penalties proving the decisive factor. Italy were for me, the team of the EUROs, displaying drive, amazing spirit, unexpected quality, wondrous heart and huge pride in wearing the shirt and being part of something special. All the more special considering the across the board (myself included) condemnation of their chances. 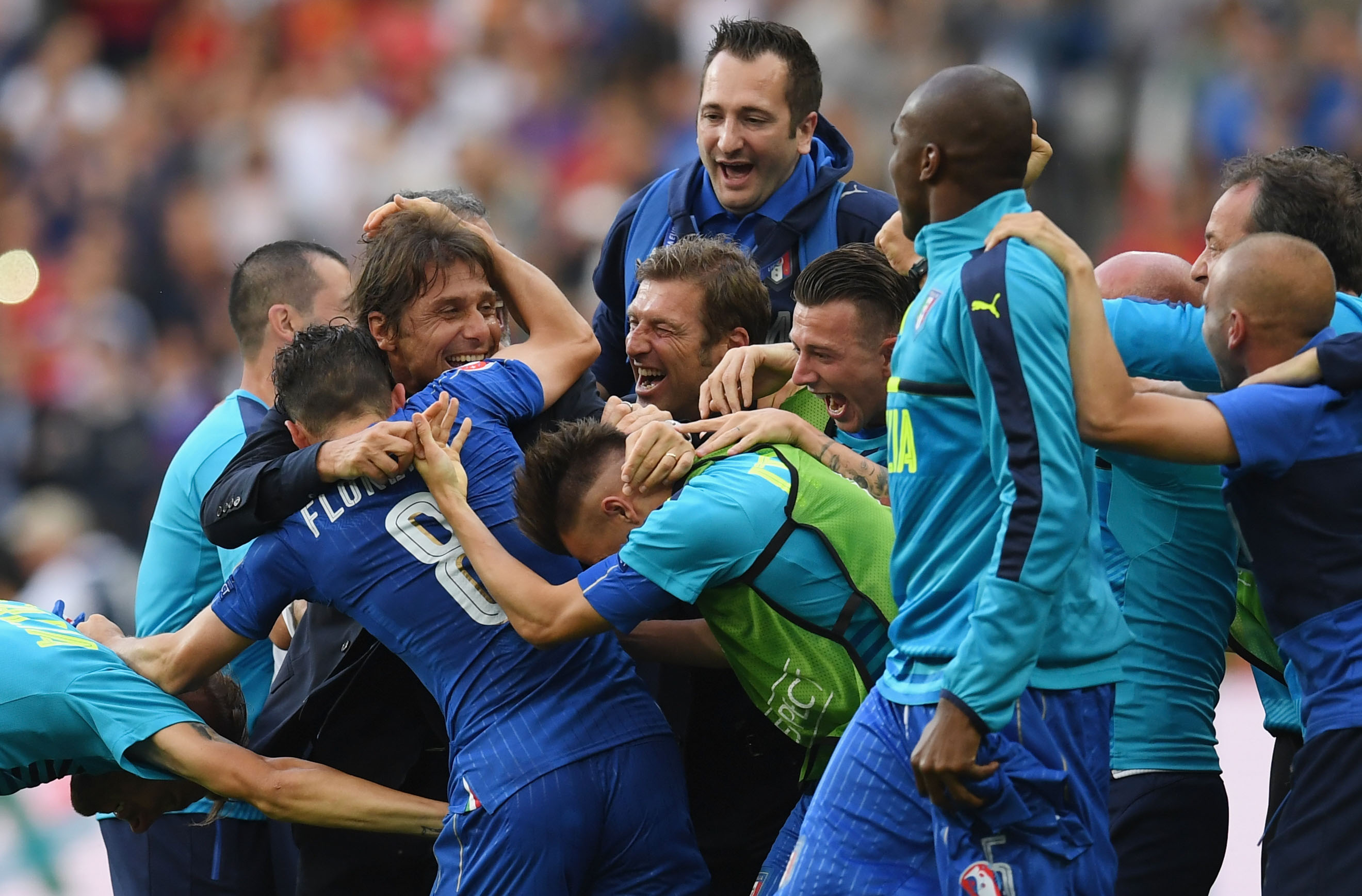 Conte has earned my forgiveness. My respect and applause. For the manner of his undignified and disrespectful departure from our ranks has long loomed large and heavy in my heart whenever his name has cropped up. He still has much to learn from a tactical standpoint, for his tactics were exactly the same as when at Juve; there was no Plan B. Yet what he brings to the fore in spades is irrepressible and infectious demand for devotion to the cause. He kicks every ball, makes every tackle, roars at the players constantly as if he is out there as one of them. Our former capitano and Mister took time to scour the italian ranks, choose who he believed could fight the good fight until their last breath, and forged a team spirit unrivalled in the competition.

Will Conte prosper in the premier league? Its on a knife edge. The Chelsea squad turned against Mourinho, who is far craftier than Conte, yet comparisons can be drawn with ease vis-a-vis the My Way or No Way approach to man management, to the paternal control, to demanding they follow his every move. Even with the present Chelsea squad, it is frightening to ponder how powerful they could become if all goes well. Yet there is a certain Jose at Man United, already adding Ibrahimovic and the Armenian flair merchant to their ranks. My concern for Conte is what happens when everything – or even anything – goes wrong. It is then that we will find if he has learned anything, for tantrums and emotional outbursts will not got down well with the owner or fans if games are lost and they find themselves off the pace. I wish him success and am excited to see how his mega ego contends with the same of Jose and Pep! Expect plenty of fireworks and drama. Yet back to La Nazionale…

We were very unlucky. Matching the strongest side in the international game stride for stride, shot for shot and only the dangerously deranged could have watched that game as a German or Italian or neutral and believed either side clearly deserved the victory.

There will be no deep deliberation of what went wrong, no soul searching, for close to everything went so beautifully right. And the players involved should be greeted and heralded as heroes. For each and every one of them gave their all. We can ask no more than this.

Our juve phalanx at the back confirmed what I have known for many moons, namely that they are as good a defensive unit as the world has ever known or will ever know.

I salute Conte and the lads for delivering into my life such passion, such bliss, such agony, such pride.

A job very well done. Leaving me honoured to feel part of their tribe.