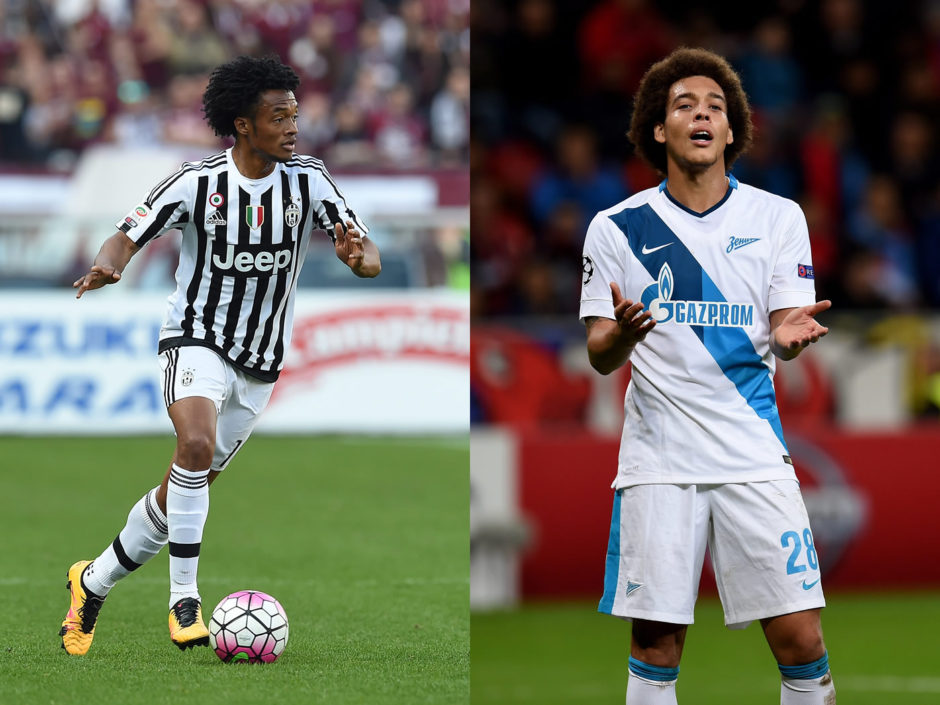 Juventus are on the verge of completing transfer deals for both Juan Cuadrado and Axel Witsel.

Sky Sport Italia and a number of Italian media outlets report that deals have been complete for both players as deadline day looms large.

Witsel has reportedly left the Belgian camp to fly to Turin to complete a medical tomorrow. Belgian website RTBF.be claim that the player has agreed personal terms with the Bianconeri and Zenit have agreed to Juve’s offer.

It’ll be a busy day at the J-Medical centre as Juan Cuadrado is also believed to have completed his long-touted return to Turin.

Mediaset, Sky Sport Italia and CdS all report that Juventus have finally worked out a deal which will see the Colombian return to Turin on loan with an obligation to purchase.

Cuadrado was reported to have told Chelsea boss Antonio Conte that he has no desire to remain in London and was actively pursued a return to Juventus this summer.

The winger is set to join Juventus on a €5m loan deal with option to buy for €20m. The option will become an obligation to purchase, if Cuadrado makes a set amount of appearances for Juve.