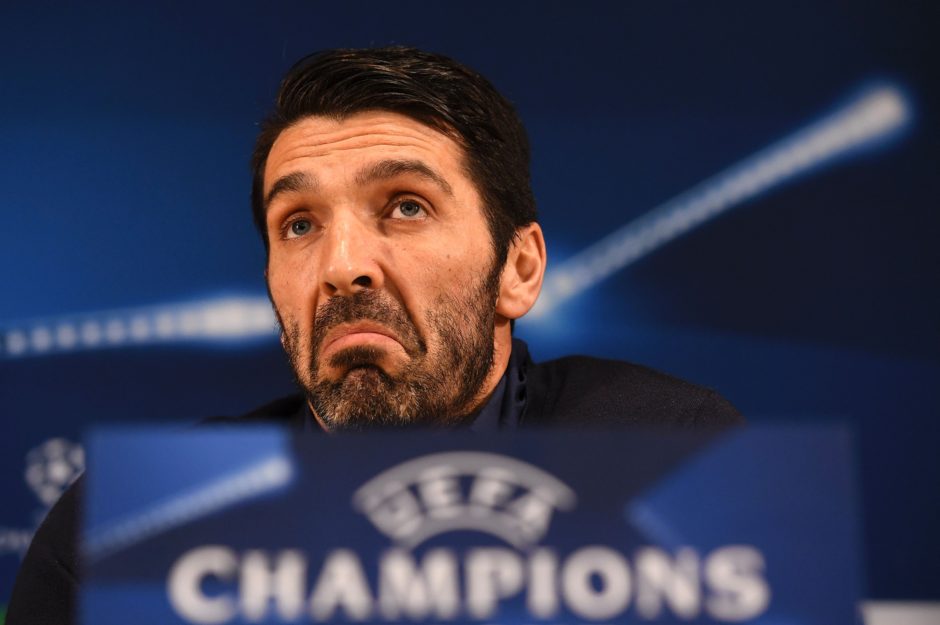 Gigi Buffon is frustrated by his losses to Spanish sides and the national team, declaring“I’ve always had to greet the same faces and congratulate them.”

Speaking in two separate interview, the veteran keeper discussed the recent losses to Barcelona, Real Madrid and the national sides defeat to a strong Spanish side.

“Messi scoring against me? I won’t say it was inevitable, but seeing how often he scores, I think having gone four games without conceding against him is a small record,” Buffon told Premium Sport.

“When you play against him and see the anger and wickedness with which he makes certain moves or how he shoots at goal, you realise there are categories of players.

“Sometimes we forget about this and then we make the wrong evaluations of other players, thinking they’re a big deal, yet when you face the top ones, you really discover that there’s still a lot of work for them to reach those high levels.

“We lost badly against a great team and there’s not much time to dwell on the result, but if we analyse the game with clear heads, we can say that we were very passive for at least an hour of play.

“If we had the mental strength to stay in the game, we certainly wouldn’t have conceded three goals and would’ve scored more.

“We must also play with the same confidence and serenity, which we lost after they took the lead.

“We must improve because we’re able to match even those few teams that are superior, but only if we don’t lose a certain degree of compactness.

“Losing to Barcelona after Spain? I’m frustrated because it’s meant that I’ve always had to greet the same faces and congraulate them for winning.

“Therefore, whether it’s Spain, Barcelona or Real Madrid, you’re always going to greet Pique, Sergio Ramos or Isco, and it gets frustrating after a while.”

In a separate interview, Gigio specifically addressed the Champions League defeat to Barcelona on Tuesday and how the scoreline may have flattered the home side.

“Today we’ve only watched the images with the boss from the salient parts of the match,” Buffon said in an interview with Sky.

“We analysed the technical and tactical profile of the match, as we always do, and I was surprised by scale of the result.

“It’s a result which leaves no room for other kinds of interpretation, I think it was too much for the game we played and above all how we held the pitch in the first half.

“In the second half the pockets of space between our shirts got wider, because clearly we wanted to recover the result and we left our flank exposed. Against teams like them you can’t do that.”