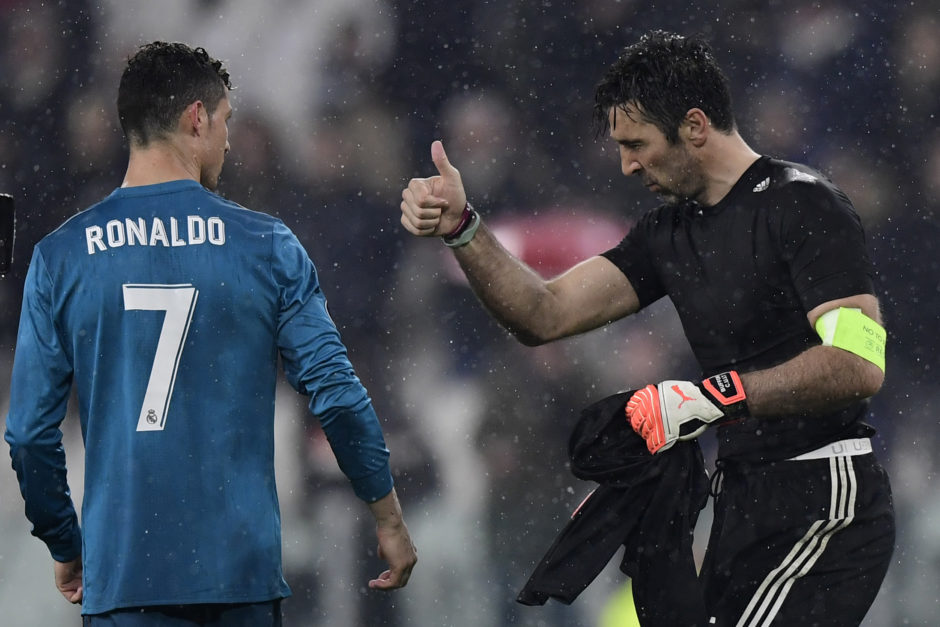 Gigi Buffon believes Cristiano Ronaldo chose to come to Juventus, rather than Italy and praises Max Allegri for how he handled his departure from the club.

The Bianconeri legends gave a long interview to the Corriere dello Sport where he also hit out at the treatment of Antonio Conte by some Juventus supporters following the former Juve captain’s decision to coach Inter Milan.

“What really did upset and hurt me was seeing some Juve fans calling for Conte’s star in the hall of fame to be removed after he joined Inter.

“I feel that I am within the Juve world, I know the directors, players and fans well, so I know what Antonio gave to the club and what he represented.

“He squeezed out every last drop of sweat for Juve, giving all of himself. As a player, he never held back for the good of the team. As a Coach, he carried the squad on his back and dragged them to success with total clarity and never stopping for breath. In three packed seasons, he never once let his focus slip.

“I have a rapport of great respect and closeness with Antonio, as when we get together, we immediately sense confidence, intimacy and reciprocal respect. He tends to be a diffident man, so that is unusual.

“Professional choices, even when surprising, cannot blemish such an intense past as his. He never betrayed Juventus, he isn’t the type to kiss the shirt, publicly back the project only to then behind the scenes stoke conflict.

“I consider his return to Serie A important for the whole Italian football scene, the same way I do Paolo Maldini, Zvonimir Boban and Maurizio Sarri.

“Last year, Carlo Ancelotti did the same at Napoli. Carlo has international stature, has a packed trophy cabinet, he raised the level of Napoli’s appeal and prestige. The club gained from his presence immediately.

“You can’t compare 15 years of Conte at Juve with Sarri’s three at Napoli.

“I have experienced how competent President Andrea Agnelli, directors Fabio Paratici and Pavel Nedved are. Those who follow the same path will always achieve the same results, so Juve are seeking the Champions League and wanted to try breaking away towards pastures new.

“It’s because the squad is frankly difficult to improve any more. Sarri is not a revolution, nor a gamble. He simply represents an untested path, a whole other story.

“Allegri? The class with which he dealt with that goodbye was exceptional. I thought it was the right moment to call it a day, both for him and the club, as Juve needed something new.

“Nobody could’ve done better than Max over the last five years. Nobody.

“Cristiano? I don’t think Ronaldo chose to come to Italy, he chose Juventus. If you’ll allow me to say, it’s a different reality to the others.

“We met up in Turin and I don’t think Ronaldo is pretending to be the perfect champion. He is simply someone who set himself personal and professional goals and spent all his life trying to achieve them. He sets the example.”

Buffon was asked about former PSG teammate Adrien Rabiot who is linked with a move to Turin.

“Rabiot is incredible, such a great player. He is also a lovely lad and a fine teammate. I don’t know where the whole media storms surrounding him came from, because the guy I know is world class.

“Rabiot is this fantastic mixture: he has the strength of Pogba, who is built like a wardrobe, the courage of Vidal and potentially the dynamism of Marchisio.

“He has to improve the timing of his runs into the box but can become someone who scores 10 goals per season.”