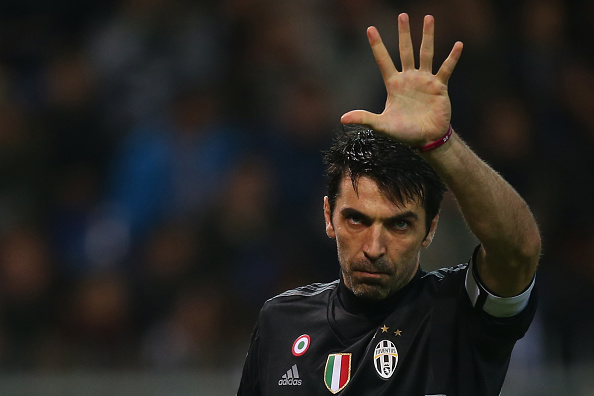 Gigi Buffon gave a lengthy filmed interview with Gerard Pique, reflecting on his career with Juventus and explaining his motivations for remaining with the club in Serie B: “I had to show players have feelings too and there is more to life than popularity and money. I would do it again.”

San Gigi spoke at length to Barcelona defender Pique in an interview for The Players Tribune, ahead of his press conference tomorrow morning when he is expected to announce his retirement.

“I think that at my age you have to evaluate the situation a month, a week, at a time,” Gigi told Pique.

“Because it is important for athletes like you and me, who have always played at the top, to be doing our best, struggling to be the best, to stay at the top. You have to be physically well, because you don’t want poor results for the sake of your pride.

“I’m Buffon, and that is who I want to be till the last minute. And when I’m not myself anymore, I’ll go. In a couple of months, I’ll meet with the President and we’ll evaluate the situation calmly.

“I’m very happy at the moment. I’m happy playing, because I love the atmosphere — I’m with my friends and I know I can help on the pitch. The day I can’t, no problem. I’ve had a great career anyway.

“I would be dishonest if I told you I’m not afraid. But deep down I feel calm and at peace because I know I’m naturally curious. And the day I stop playing football, I will find a way not to get bored and I’ll stay busy.

“After all, players like us, who have lived the game intensely, have to keep their minds occupied and have a reason to get up, something to fight for. I’ll never get bored or miss being in the public eye.

“The only problem is that my life has been organised for me for 23 years. Every morning you are given a timetable. But when you have 24 hours ahead of you with nothing to do, that could be a problem.

“I’d like to take courses to become a director, a manager or a trainer, and then choose an option without rushing.

“I’ve always liked sports and being around children, but football has made me a better person because I’ve always thought the group is more important. It is nice to be part of a group and share victories and defeats. It makes you less selfish. I find that truly beautiful. Being more altruistic and sharing with others is the best thing in life.

“Being popular has positives and negatives. Negative like when you do something wrong, and it is exaggerated on the TV, in the newspapers.

“Those consequences from that exaggeration make you think and say to yourself that you don’t deserve to suffer this outcome. ‘I must try not to provoke them, behave better and be a better person.’ These years of confusion with so many problems have helped me improve.

“In the mid-’90s, for around 10 years, Parma was one of the best in Europe. In 10 years they won the UEFA Cup twice, an Italian Cup and a UEFA Super Cup. It was a team of the highest level. It was an important match.

“We were league leaders, drawing on points with Milan, which had some great champions: Baggio, Weah, Savicevic, Maldini. I was barely 17 and I had to play.

“In the morning I was told I would be playing and I’m proud to say I that was not afraid. I remember at that moment I was really happy because it was my chance to show the world who Buffon was, and that he was good goalie. I remember joy beat fear before a crucial match.

“I was an enthusiastic kid. I feared nothing. But when I saw I was on, I was not so glad because the pitch was covered in snow. It was such an important match in terms of enabling Italy to qualify. I started to warm up and was on in two minutes.

“Once on the pitch I concentrated hard. Fear left me, and I concentrated hard for an hour. Five minutes after I came on, Russia had a great chance to score, and I made a great save to my left, which helped me really get into the match.

“You need talent, but also effort, to be able to suffer as you do sometimes. It is gratifying, as only a few of us have played in five World Cups. It was great to play two in Europe, one in Asia, one in Africa and one in America.

“I’ve played on every continent. It would have been special to play in a sixth World Cup, I’ll always have that regret, but sometimes you have to be content in life. Evidently, I wasn’t good enough to go to a sixth World Cup.

“The way we experienced the final of the German World Cup was special for the Italians, apart from the victory. There were lots of Italian immigrants who made us feel like we were playing at home. I remember a lot of happiness, partying, emotional support. We never felt alone.

“I have two magnificent memories, the semi-final against Germany in Dortmund – probably the most nerve-racking match of my life. When I think about it, I feel bad. How can any man bear such tension and emotion? Against Germany it was crazy. Then winning 2–0 in extra time. When we got to the hotel at 5 am, there were 10,000 people waiting with fireworks.

“The special thing was that after beating Germany we were calm, like we’d already won the World Cup. It was crazy. It was madness. Twelve years later I look at France and can see how strong they were. We thought we’d won, but we had to play a really strong team!

“It was the enthusiasm giving us the strength to beat any opponent. We were on a streak. We feared no one and thought we could beat anyone.

“I clearly remember that after our victory we were not able to feel happy — because we had placed so much energy and emotion on the sacrificial altar, so as to speak. The joy of winning the World Cup came long after our victory.

“When I decided to stay in Serie B I was glad to do so, because I think there are some men, some players, who have the opportunity to give the sport some hope through their decisions, for the public, for the fans.

“It was a time when somebody like me needed to send a message: That players have feelings too and there is more to life than popularity and money. I would do it again.

“Then we won Serie B. It was a fun year. And after two good years being second or third came two or three very bad years, when Juventus was unrecognizable. We lost our spirit, our identity, our work ethic. Some years we finished sixth or seventh, and I would say to myself, “Why on earth did I choose this?” But I said that quietly, because I’m usually a positive person, an optimist. I am sure that hard work and good behaviour always do the trick. I’ve always said so.

“Six years later, when I wore the championship shield again, I was so happy. It was a tough choice. Six very rough years. When you are used to winning … six years not playing much in the Champions League. I didn’t get to play much in European competitions. With a bit of effort, we made a comeback.”

“Playing in Spain? I would have liked to because I like being around different people, other ways of life, of thinking. It sounded appealing. But deep down I feel very Italian.

“I know Italy has its limitations, but the world I know makes me smile and I like it. As a figure in sports, I didn’t and still don’t want to leave Italy as long as I don’t have to.”