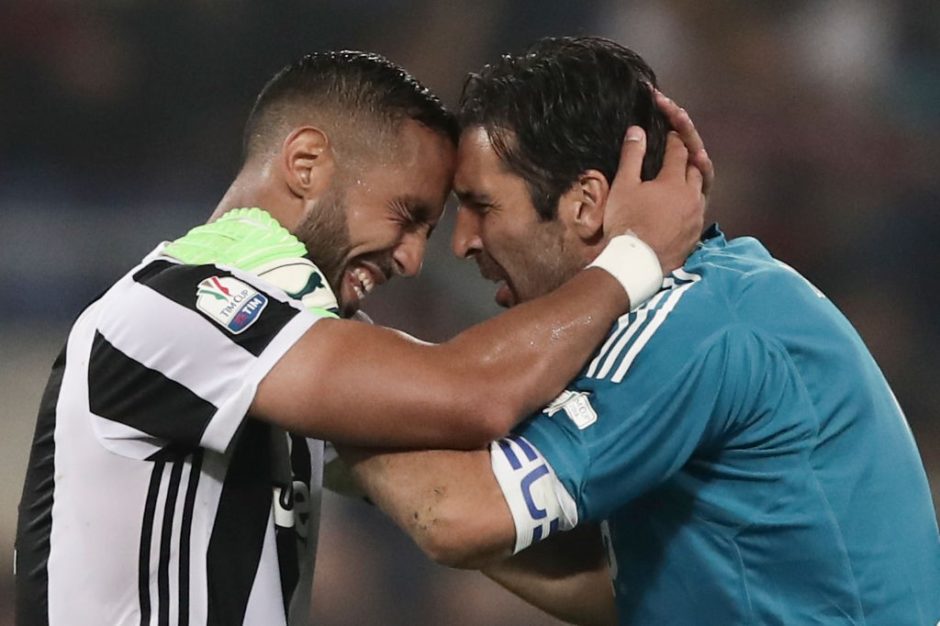 Buffon: ‘We did something unimaginable’

Gigi Buffon believes Juventus did something unimaginable, despite not finding success in the Champions League.

San Gigi captained Juve to their fourth Coppa Italia in a row, most likely his last, as the Bianconeri thrashed AC Milan 4-0 while being on the verge of clinching a seventh successive Scudetto.

“I’m very proud because we’ve done in seven years what only men with a capital M can do,” Gigi told JTV.

“It’s incredible. At one point in the season, we said, ‘if we want to be monsters, we have to win the Scudetto again try to win the Coppa Italia and the Champions League.’

“We didn’t succeed in the Champions League, but we still did something unimaginable.

“I’m also sorry if anyone who isn’t a sportsman and has never tried to stay in a group doesn’t know how many sacrifices, how much energy, how much tenacity and how much damnation it takes to win like we have. It really is incredible.

“Letting Marchisio lift the Coppa? It’s a fair gesture because ultimately, I had the honour of being the captain of this team for seven wonderful years, but there were other guys with me…

“Chiello raised the Coppa in previous years and this time around, I wanted Claudio, Barza [Barzagli] and Stephan [Lichtsteiner] to do it because they’ve made my job easier and they deserve huge credit, so I owed it to them.

“Scudetto? It’s not ours yet, but we’re on the right track. We’re close.”