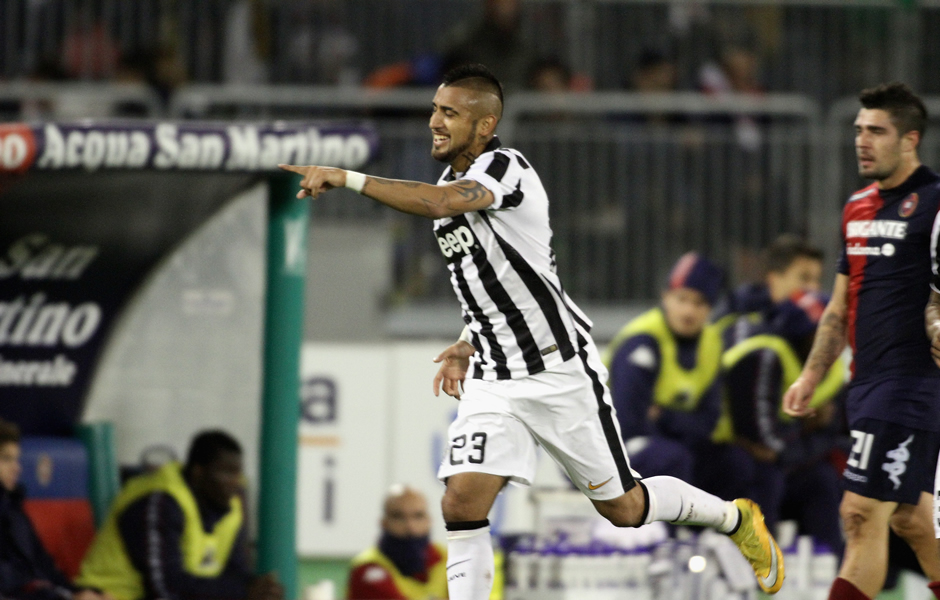 Juventus end 2014 top of the table after a one-sided demolition of Zdenek Zeman’s struggling Cagliari.

The side from Sardinia are the only Serie A team yet to win at home this season and went into the match sitting 18th while Juve saw their lead at the top of the table trimmed down to just 1 point following a disappointing 1-1 draw against Sampdoria.

Giorgio Chiellini returned from suspension while Leonardo Bonucci sat out his one match ban while Andrea Barzagli, Kwadwo Asamoah, Romulo, Martin Caceres and Luca Marrone were all out through injury. Paul Pogba was replaced by Claudio Marchisio as the Frenchman is just 1 booking away from a suspension himself.

Juve started the brighter and Alessio Cragno was forced into a great reaction save from Fernando Llorente’s bullet header. The resulting corner found its way to Giorgio Chiellini whose parried shot was tapped in by Carlos Tevez taking the Argentine to 10 league goals for the season.

Albin Ekdal bought a great save from Gianluigi Buffon but it was Juve that capitalised moments later. Arturo Vidal got on the end of a poor clearance and curled a sublime shot from the edge of the box leaving Cragno with no chance. Vidal has been under criticism from Juventini for his slow recovery from injury, but today’s goal showed that even while he recovers Vidal is still an excellent player and a true threat to opposing sides.

Ekdal was the livliest player on the pitch for Cagliari, having his shot charged down before seeing his fine strike deflected inched wide of the Juve goal. Juve continued their dominance in the second half and it was a moment of brilliance from Fernando Llorente that earned Juve their third. The Spaniard latched onto Andrea Pirlo’s pass with his back to goal before spinning round Luca Ceppitelli and slotting past Cragno to net his fourth league goal of the season.

Cagliari got one back with a header from Luca Rossettini who met Cossu’s free kick but the game was already beyond them. Alvaro Morata had a chance to make it 4 when he got on the end of a perfect Arturo Vidal cross but his lob was just over the post.

Similarly, Roberto Pereyra had a chance to score late in the match but his effort was a tad misfired. Regardless Pereyra had a fine game and is in the running for man of the match. Overall we saw Juventus easily toss aside Cagliari, as they tend to do to Zeman teams. The emphatic win breaks the streak of draws and provides Juventus with a nice boost of form heading into the SuperCoppa versus Napoli.

In defense Angelo Ogbonna was outstanding. While Victor Ibarbo regularly outpaced him Ogbonna was able to consistently squash any threats from Ibarbo. Admittedly, Ibarbo didn’t have many tricks to get around Ogbonna either. Ogbonna has been playing very well this season and usually not in his preferred left center back position. Today was more of the same, as he played right center back in lieu of Leonardo Bonucci, and had a near flawless performance. 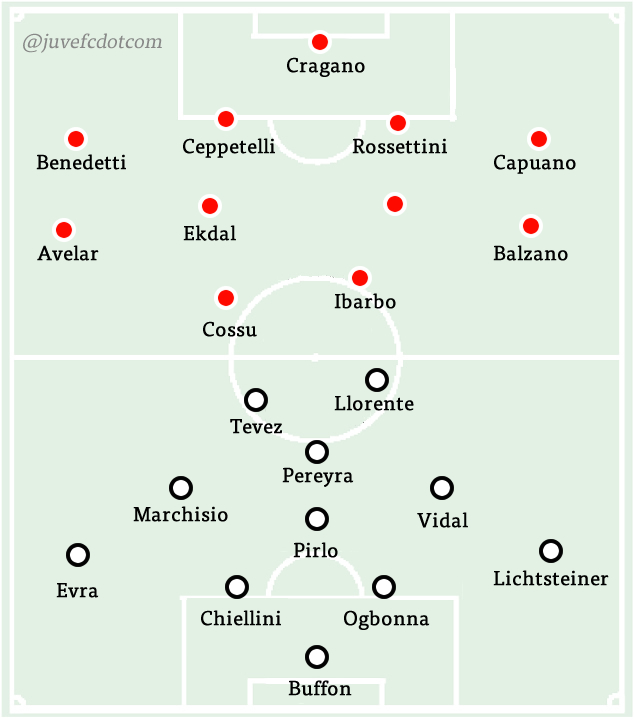