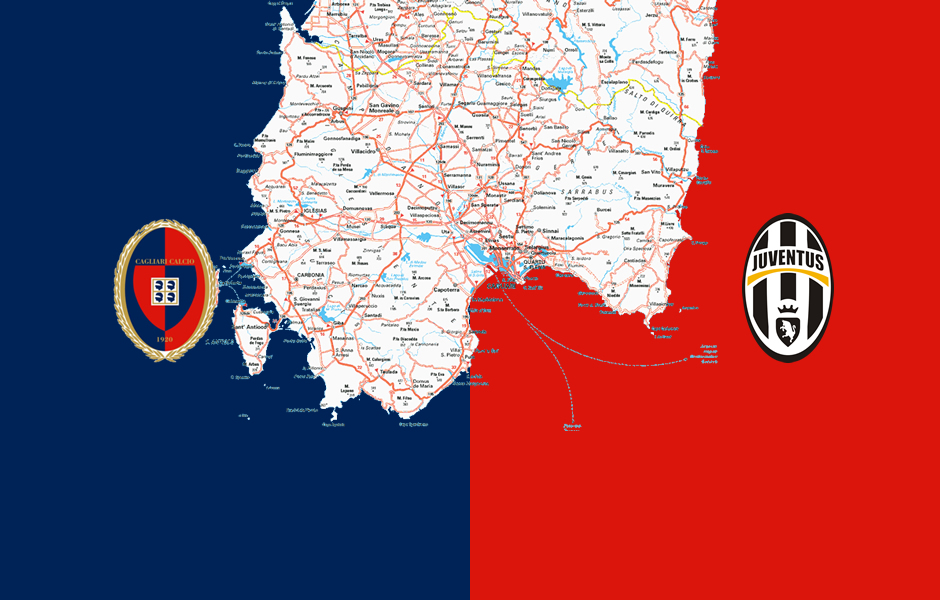 Juventus have appealed coach Max Allegri’s one match ban as they travel to the Stadio Sant’Elia to face Zdenek Zeman’s Cagliari.

Allegri was handed a one match ban for insulting officials following his sides 1-1 draw with Sampdoria on Sunday.
“Juventus are to lodge an urgent appeal against the one-match touchline ban handed to Massimiliano Allegri during Sunday’s home game against Sampdoria,” read a statement on the club’s official website.

Juventus are on a run of three draws in a row but defender Andrea Barzagli was quick to reassure supporters.

“We played against three big, physical sides, but the important thing is we’re still top” the player told the clubs official website earlier this week.

Juve are without Leonardo Bonucci who triggered an automatic one match ban following his yellow card against Sampdoria. Angelo Ogbonna is expected to take his place while Giorgio Chiellini returns from suspension to play alongside. Stephan Lichtsteiner has played some of his best football of the season in recent matches and will start at right-back. Patrice Evra was named in Gazetta’s team of the week and will hopefully continue his good run of form which included a goal against Sampdoria.

In midfield, Arturo Vidal has been struggling for form but is expected to start with Paul Pogba and Andrea Pirlo. Roberto Pereyra impressed at the weekend and is likely to reprise his role behind a front two of Carlos Tevez and Fernando Llorente.

On Thursday night, Juventus will face Cagliari and Zdenek Zeman’s high-octane offense. The return of the Czech coach in Serie A hasn’t been particularly impressive so far: they are in 18th position with only 12 points. They have won their last match on October 25 and they have only won two games so far. They have never won at home so far (three draws, four losses) and they have been resoundingly defeated in the last two games at Sant’Elia, by Chievo Verona and Fiorentina.

In addition, they don’t look the offensive vanguard Zeman’s sides usually are. They have scored 20 goals: it’s good for a low-table team but it’s average overall. As you would expect, they have the second-worst defense in the league, as they have already conceded 26 goals. But something doesn’t seem right here: they are using 4-3-3, but it’s very plain, there’s no longer that tactical recklessness and it’s not even that fluid.

It probably comes down to the squad Zeman has at disposal. They don’t have a productive and mobile centre-forward: Samuele Longo could be that theoretically, but he hasn’t so far; Marco Sau, who’s been a viable option, is more a second-striker/left-winger. They still rely on the old legs of Daniele Conti and Andrea Cossu and also Lorenzo Crisetig and Albin Ekdal don’t stand out for their dynamism. The general lack of movement is a problem. Add that to a Serie B-caliber defense and the bad results are inevitable.

Cagliari made some interesting purchases in the summer to give the coach a more suitable team, but the only player who has performed well enough has been Diego Farias. Joao Pedro has been bad, Godfred Donsah has played sparingly, Caio Rangel has basically never featured. In defense, Zeman has used Alessio Cragno, Luca Ceppitelli and Antonio Balzano a lot, but they haven’t really proved they can be Serie A material.

Cagliari have shown exceptional resilience as they have been often able to come back (they’ve been 0-2 six times): they can score a lot and they can score in a hurry. Farias-Cossu-Ibarbo, even if there won’t be Sau due to an injury, remains an unpredictable attack: it’s very difficult to contain, especially from the speed standpoint. Conti, Crisetig and Ekdal are all capable of feeding the strikers with timely through balls.

On the other side of the ball, Cagliari struggled both collective and individually. The mechanisms of the high offside trap aren’t on point and the defenders and the goalkeepers are blunder-prone. More importantly, their offense hasn’t been able to compensate for the poor defense and this is the key element of Zeman’s teams. If that doesn’t happen, they are in trouble, like Cagliari are now. 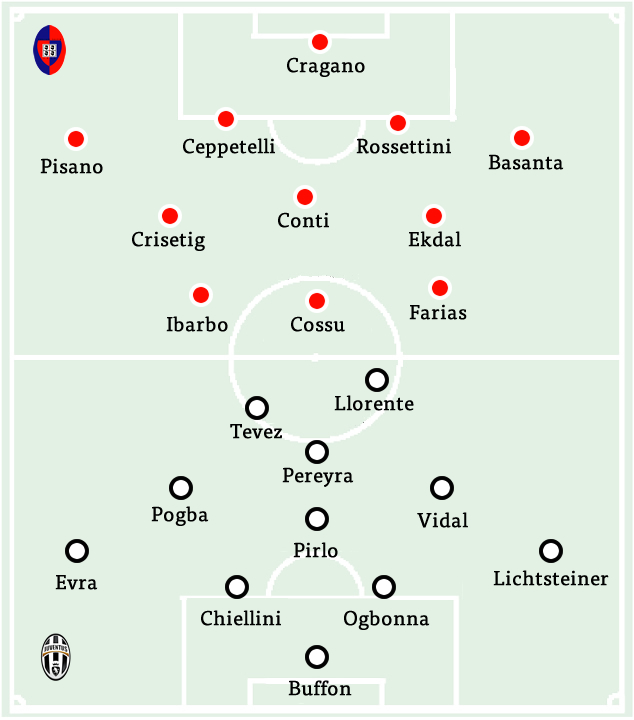