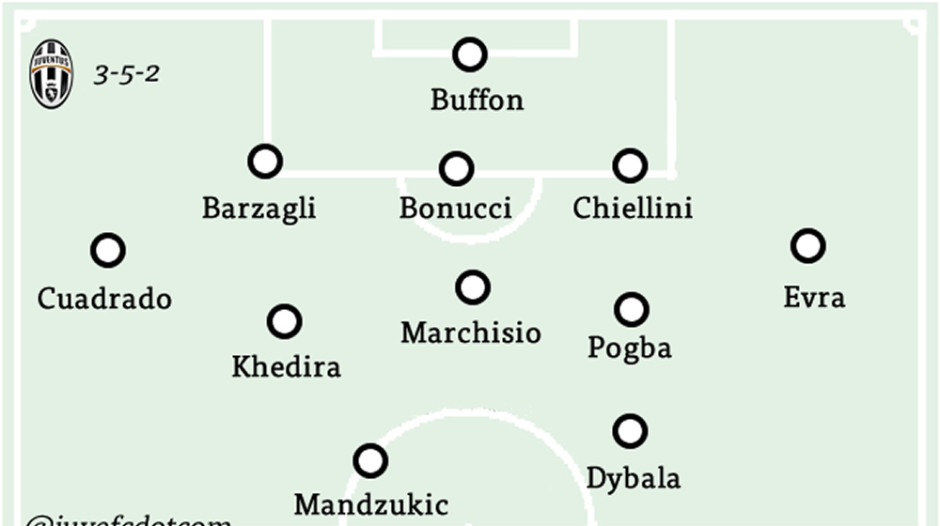 Mario Mandzukic scored a superb brace but Carpi could easily have snatched a draw in the closing minutes.

Juve conceded an early goal courtesy of an error from Juan Cuadrado and some poor defensive work from Leonardo Bonucci. A Mandzukic brace was followed by a Pogba belter before late drama saw Carpi grab a second and then almost draw level in the dying moments.

Not the best game for the Juve defence as a whole. Left stranded for Boriello’s goal, Buffon might have narrowed the angle but thats easy to say in hindsight. Stood no chance on Bonucci’s own goal but he was solid for the bulk of the game.

Played his part in Juve’s goal and in Carpi’s where his error led to the opener. So often he seems to provide  a moment of brilliance but no end product. A promising start to the season has made way for a serie of lacklustre, one-dimensional displays, despite all his obvious attacking prowess.

Juve’s best defender today but that’s not saying much when you consider the scoreline. Strong and never beaten, made some telling runs out from the defence and glanced a header over the bar.

A strong enough display, not troubled too often but it’s worrying that he wa subbed off with a slight injury.

Where to begin ? Beaten all too easily by Borriello for the opening goal and calamitously putting the ball into his own net. Looked off the pace at times and perhaps the break will do him good.

A superb performance from I Principino. Crowded out early in the game by Carpi’s midfield, he still found room to operate in, completing 96 out of 103 passed today in a congested game. A perfect assist for Pogba’s goal and a constant link to Juve’s forward line with his range of passes. Brilliant

Looked a little troubled and his play was laborious at times where he struggled to keep up with the pace of the game. Provided an assist and improved as the game went on but he still doesn’t look 100% fit. Another player who might be better served with a 2-week break.

Turned things up a notch after Juve went behind, provided a peach of a through ball for Evra, a thorn in the side of the Carpi midfield, regularly pushing forward into the final third. A deserved goal and some great touches throughout the 90 minutes. Pogba at his best.

Gave Letezia no respite, pushed into the Carpi third of the pitch and camped out there for most of the game. Supplied a gorgeous chipped cross for Mandzukic to net his second. A great display.

Here is a striker that is finding a rhythm and pace all of his own. A totally different figure from the striker that frustrated in the early part of the season. At his absolute lethal best, bullying defenders, pushing, pulling and scrapping for every ball. His first goal was a moment of beauty, the second, a deft header that gave Juve breathing room. He’s provided a goal or an assist in 7 out of 8 of the last games and his understanding with Dybala is improving with each week. Man of the match.

A below par performance but thats only to be expected. Had a few half chances and forced a save from Belec on more than one occasion but he faded out of the game and was replaced by Morata.

A great moment to see the young defender make his Serie A debut for Juve. He already looks more confident for having played midweek and he could have scored his first Juve goal but for being marginally offside. A solid display from the youngster.