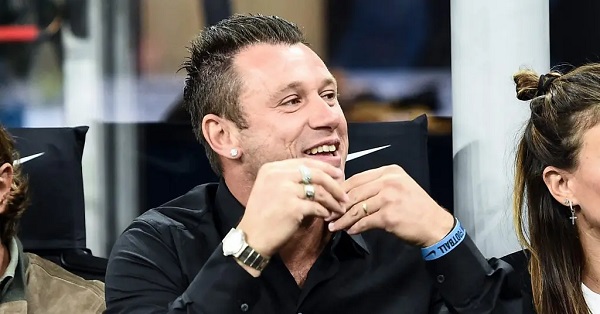 Since the start of the season, Antonio Cassano has been one of Max Allegri’s most vocal detractors.

The two men won a Scudetto title during their time together at Milan in 2010/11. But the retired striker’s recurring chastisement has ultimately irked his old boss.

Yet, Fantantonio is wearing the tactician’s irritation as a badge of honor, and is showing no signs of slowing down when it comes to pointing the finger towards the latter’s shortcomings.

In short, Cassano is not a fan of Allegri’s playing style, and has heavily criticized Juve’s uninspiring performances since the start of the season.

Despite the Bianconeri’s come-from-behind win at Cagliari, the former Roma and Real Madrid player still found a reason to ridicule the Juventus coach.

Cassano labelled Allegri as the “Genie of the lamb” while explaining how the two players that he offloaded to Tottenham Hotspur last January are shining in the Premier League.

Of course we’re talking about Dejan Kulusevki and Rodrigo Bentancur who have swiftly adapted to life in North London and became pillars at Spurs under the tutelage of Antonio Conte.

“The genie of the lamp (Allegri) sent Kulusevski and Bentancur away. The Swede also had a goal and an assist the other day, he’s having a sensational season at Tottenham. Bentancur is also doing very well,” said Cassano during his latest appearance at Bobo TV via JuventusNews24.

Mattia Perin has already made his decision regarding the future

Prosecutor requests bans for Agnelli, Nedved and other Juventus figures: The full list