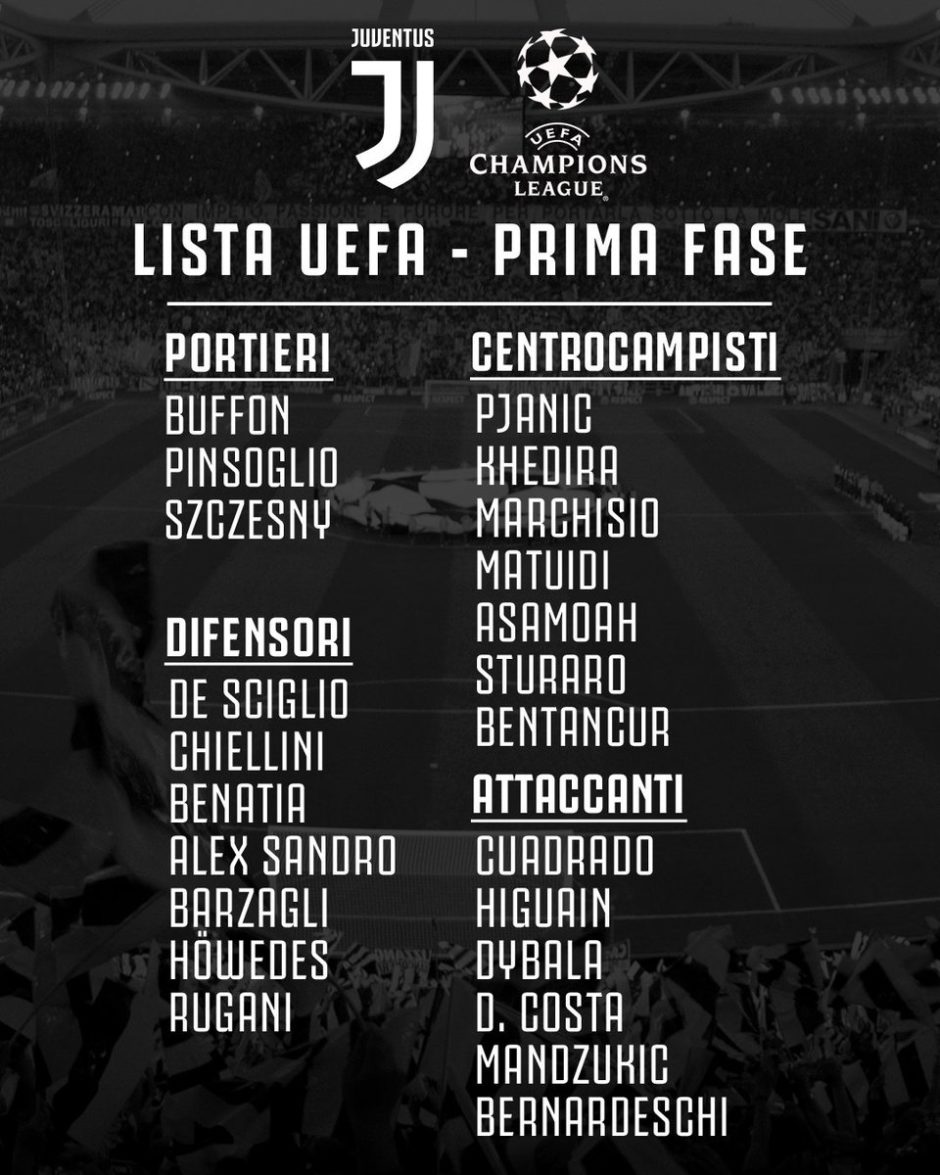 Juventus have confirmed their initial 23-man Champions League squad, however there was bad news from Italy training camp where Giorgio Chiellini’s injury was confirmed.

With the mercato closed until the winter break, the Bianconeri have finalised their squad for the season ahead and published the 23-man squad list for the new Champions League campaign.

Despite suggestions otherwise, Kwadwo Asamoah has been included in the list, while Marko Pjaca has been dropped, largely due to his injury and recover time. Stephan Lichtsteiner has been omitted from the list once again leading to the suggestion that Mattia De Sciglio and Benedikt Howedes will be entrusted with the right-back role.

Bad news came from the Italy training camp earlier today where it was confirmed that Giorgio Chiellini had suffered a calf injury which will have a serious impact on the upcoming Juventus fixtures. Chiellini is expected to miss both World Cup qualifiers for Italy and is a major doubt for the Champions League opener against Barcelona.

“To begin with, there is news that concerns Giorgio Chiellini, who is on his way back from Coverciano. The player reported, during training today, muscular discomfort in his right calf and left the national team’s camp after a first round of clinical and diagnostic tests.” 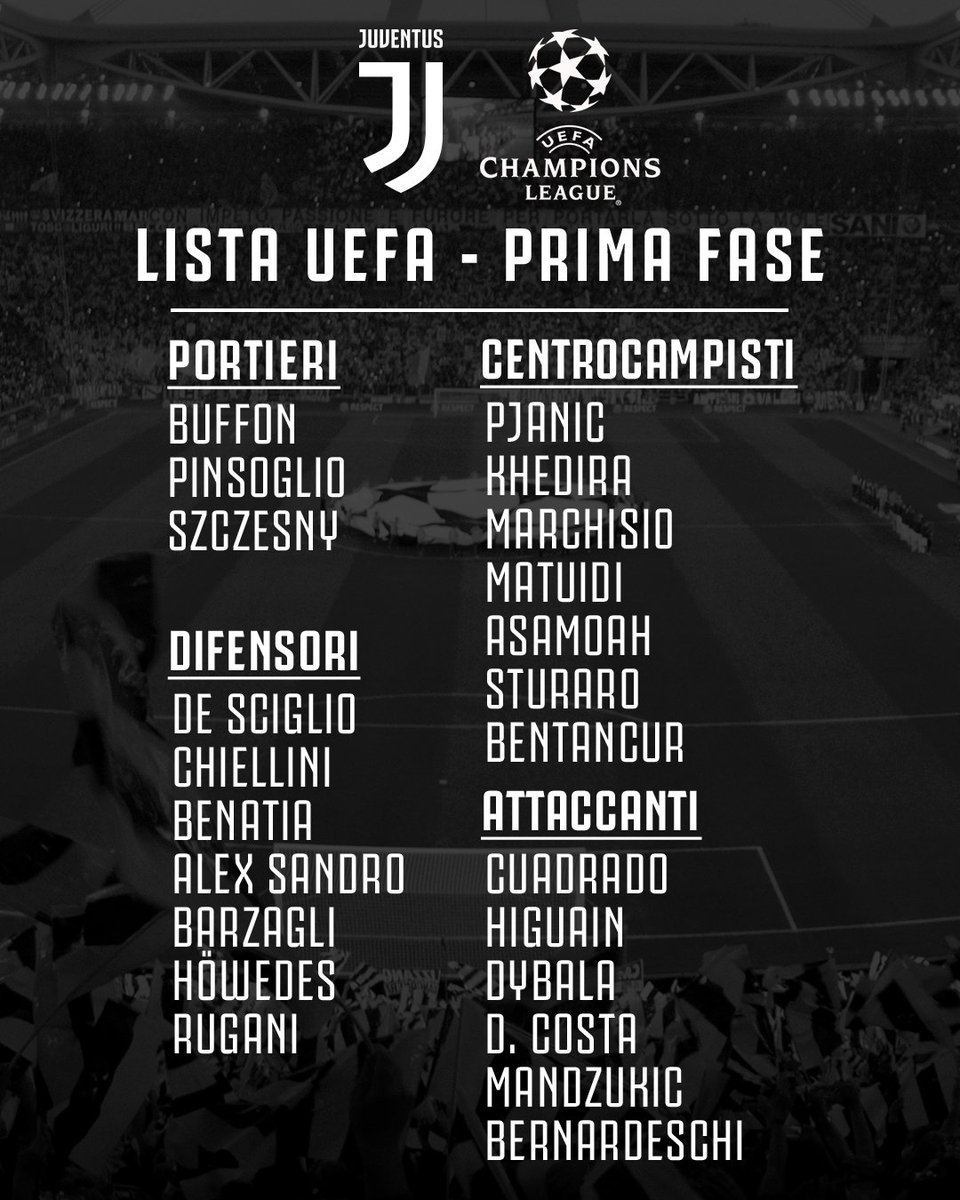