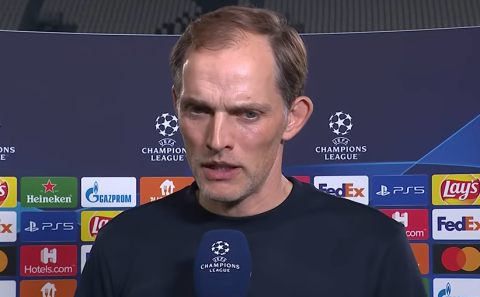 Chelsea boss Thomas Tuchel spoke to the media ahead of his side’s Premier League clash with Leicester, but his team news also affects his selection against Juventus.

The Blues will be without Romelu Lukaku and Mateo Kovacic for the weekend, with neither in training, and he admits that at this point in time, he is simply hoping that he will have his striker back in training on Sunday.

“Romelu is very close to team training, so let’s hope he joins the team on Sunday, let’s see how it works,” Tuchel said in his pre-match conference (via TuttoSport). “He’s pushing hard to try and get back as soon as possible, and we’ll try on Sunday.

“Mateo he needs more days before he can return to training as a team, so he will miss other matches. Timo has been in team training since yesterday, so we see we have another training session in two hours and then we decide if it makes sense if he’s on the team or on the bench. We will decide after the second training later.”

We won’t be overly worried about Timo being available, given his terrible record in front of goal since joining the west London side, but Lukaku has different killer instincts running through his veins. Our defenders have a great record of dealing with the Belgian however, and we should just concentrate on playing our game, knowing that we have already secured qualification to the next round.

Vlahovic impresses for Serbia but will Allegri learn how to use him?