Giorgio Chiellini and Gonzalo Higuain will be absent from the Juventus team that face Bologna this evening.

The duo were a doubt having undergone personalised training for much of the last two weeks in a bid to recover fitness.

Alongside them, Merih Demiral, Sami Khedira and Alex Sandro will also miss the match due to injury.

Mattia de Sciglio is expected to fill in at left-back with Aaron Ramsey touted to play in midfield while Miralem Pjanic is reportedly dropped due to his poor form.

Up front, Cristiano Ronaldo is expected to return to playing wide on the left while Paulo Dybala will return to a false nine role with Douglas Costa on the right. 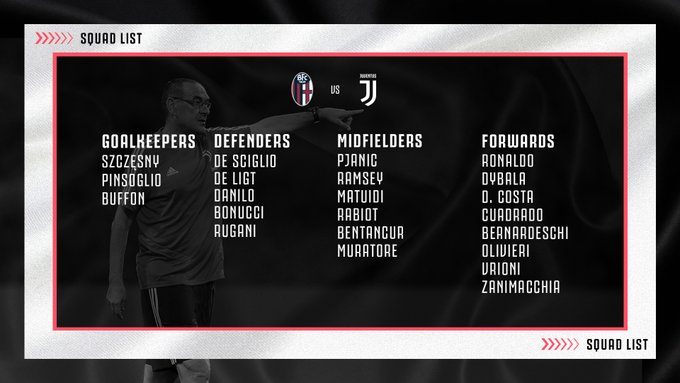 Lippi: ‘Juventus must go back to winning’