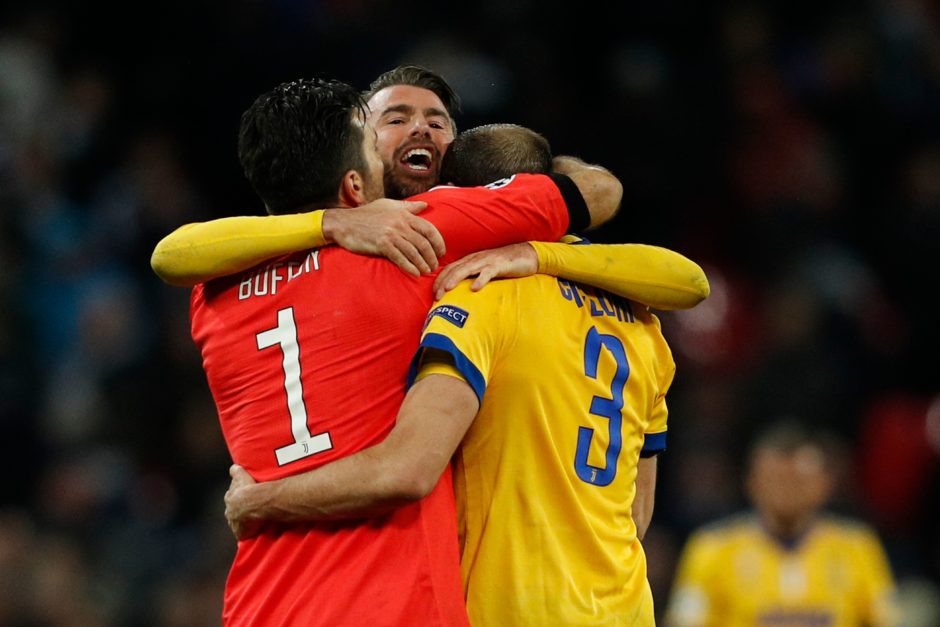 The new Juventus captain was on the pitch for Juve’s 2-0 victory against Frosinone with late goals from Cristiano Ronaldo and Federico Bernardeschi.

“We played with focus, sharpness and concentration. These are difficult matches, as against teams that clam up you can start to get hasty or make stupid fouls,” Chiellini told Sky Sport Italia.

“With the quality that we’ve got, it’s unlikely we’ll fail to score over 90 minutes, so we just have to keep plugging away and wait for the moment.

“Nobody expected anything different from Cristiano Ronaldo and his goals are the least of our problems. He was unlucky with the red card on Wednesday (against Valencia in the Champions League), but will always be decisive for us.

“I’m not surprised by Bernardeschi’s progress either, as he is destined to be increasingly crucial for Juventus. I thought Paulo Dybala was fundamental tonight, as he earned a lot of free kicks and gave us some breathing room. If he works with this attitude, he’s better than a year ago.

“Motivation to win? I had great teachers like Fabio Cannavaro, Andrea Pirlo, Alessandro Del Piero and Gigi Buffon. Their desire to improve in every training session, to make the game yours, that’s the real secret.”

“The best Juventus? I’ve had the pleasure of playing in defence with Lilian Thuram and Cannavaro. I watched the Juventus of Ciro Ferrara and Paolo Montero, even going back to Claudio Gentile and Gaetano Scirea. Football has evolved, you can’t compare with the past.

“What I can say is that we are certainly the strongest we’ve been over the last eight years.”