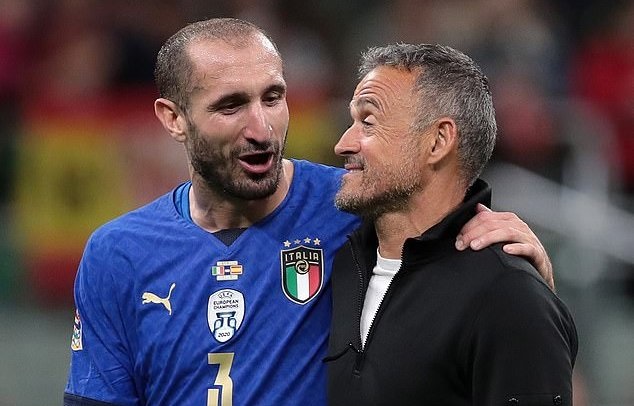 Giorgio Chiellini is hopeful he will be fully fit by the end of this month and play some part in Italy’s World Cup qualifying playoffs.

The defender has been out with an injury and Juventus could not call on him in several matches.

That will all change soon as he looks to be making progress in his return to full fitness.

The defender helped Italy to win Euro 2020, and he remains a key member of Roberto Mancini’s squad.

Despite being 37 already, he is still important for both his club and country and they need him to be back to full fitness soon.

Speaking about his prospective return, he said via Football Italia: “I am feeling better, I’ve been out for a month, but I am working on the pitch and the last week was good.

“I hope I can return to group training in the next few days.”

Asked about being a part of the Italy squad for the playoff, he added: “I think so; actually, I hope I can help even earlier.”

Although Chiellini isn’t getting any younger, he is a warrior that we have all missed in the Juve dressing room.

The defender has been in great form, and we are lucky to still have him around.

We need to get the most from him before he retires from the game. Hopefully, the likes of Matthijs de Ligt are learning so that they can step up when he leaves.