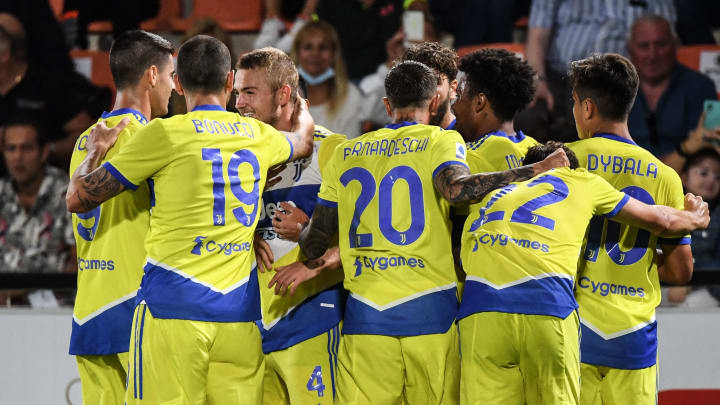 Following a come-from-behind win at Spezia, Juventus fans were finally given a small breather, as the club earned the first victory of the season – even though they had to struggle against a relatively small Serie A team.

Moise Kean, Federico Chiesa and Matthijs de Ligt were all on target, while Wojciech Szczesny had to make some vital saves to secure the result.

After receiving harsh criticism for his earlier displays, the Polish goalkeeper was finally praised for his performance, despite conceding two goals. His grades varied between 7 and 7.5 – the same for Chiesa, as the two players were given the highest grades by all three newspapers.

De Ligt wasn’t too far behind thanks to his fabulous winning goal, but his defensive partner, Leonardo Bonucci had much lower marks (5, 5.5 and 6.5)

However, the lowest ratings were reserved for Rodrigo Bentancur, with 4.5 grades. The Uruguayan was in the starting lineup, but Max Allegri decided to take him off at half time in favor of the more dynamic Manuel Locatelli – who earned a rating of 6.5 from two outlets.