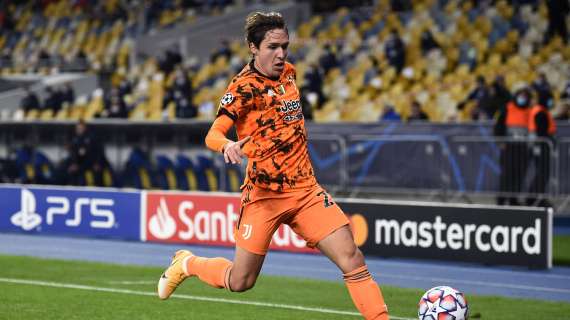 Claudio Marchisio has stated that Federico Chiesa should not have cost €50-60 Million, before adding that he will ‘become a star’.

The 23 year-old joined the club from Fiorentina this summer, on an initial two-year loan deal, although they are obligated to buy should he trigger certain requirements.

The Italian has so far played a key role in Juve’s season so far, but is yet to open his account with a goal, and his performances so far haven’t been perfect.

Chiesa has shone in stints as he settles into the side, and I for one am expecting big things.

Former midfielder Marchisio also believes that he is set to ‘explode’ also, although he isn’t happy with the fee that is to be paid.

“It’s not right that someone who was fighting relegation should cost €50-60m,” the former Juve midfielder told Gazzetta dello Sport.

“He is a real talent, but there is too much pressure on him created by the transfer market.

“He needs to find the right position on the field, but in my view, he will explode and become a star.”

Chiesa has been deployed mostly as a wing-back in our side, a deeper role than he was used to at Fiorentina, but he has been getting forward plenty and I have little doubt that he will flourish in our side.

Both he and Kulusevski have both been fielded on the right, and that partnership could well be the one to watch as time goes by.

Does Chiesa still have doubters in the Juventini?

Cristiano Ronaldo finally tests negative after weeks of being unavailable