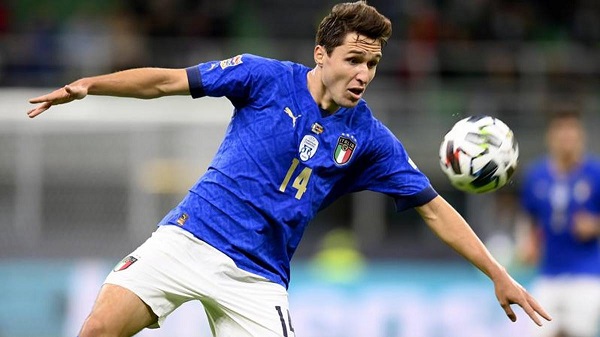 While all eyes were fixed on the grand event in Doha, the Italian national team instead found itself embroiled in an anticlimactic friendly.

The Austrians hosted the Azzurri on a cold night in Vienna and managed to pile more misery on their opponents as they emerged victorious with two unanswered goals.

Xaver Schlager broke the deadlock from a swift counter attack after dispossessing Macro Verratti, while David Alaba doubled the scoring with a rocket of a freekick that beat Gianluigi Donnarumma.

As explained by TuttoJuve, Juventus defender Federico Gatti had a torrid evening, failing to cope with the prowess and movement of Bologna star Marko Arnautovic.

The 24-year-old only lasted for one half before being hauled off by Roberto Mancini. La Gazzetta dello Sport rated his outing as 5/10.

Meanwhile, Italy and Juventus captain Leonardo Bonucci had a slightly better rating of 5.5, since he at least managed to make a couple of interceptions.

As the source notes, the Azzurri’s performance improved after the interval, and one of reasons was the introduction of Federico Chiesa.

The returning winger still needs to shake off some rust, but his lively display added a refreshing element to Italy’s final third.

It’s also worth noting that Fabio Miretti made his senior international debut as he entered the pitch in the final minutes. The teenager’s introduction proved handy as he tracked back to prevent a third Austrian goal.