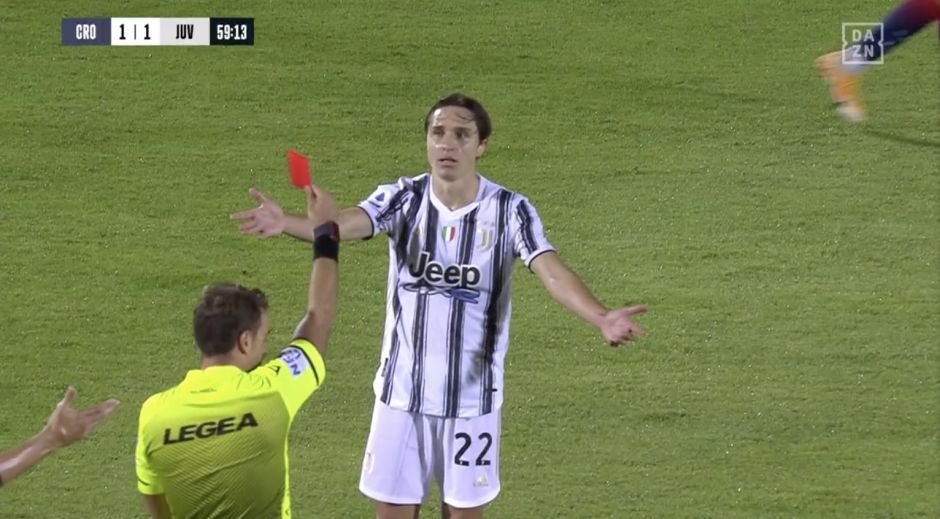 Jvuentus winger Federico Chiesa has been shown a straight red card for a tackle in which he clearly gets the ball.

The 22 year-old has been one of our better performers today, but will now have to admire the remaining half an hour from the stalls after the harsh decision by the referee.

Chiesa has gotten to the ball late, and followed through on to the opponents shin, and the official has given no allowances.

We are now under pressure to get a result after a soft penalty, followed by a straight red to one of our better players on the night.

Can our boys pluck up the courage for a big finish?