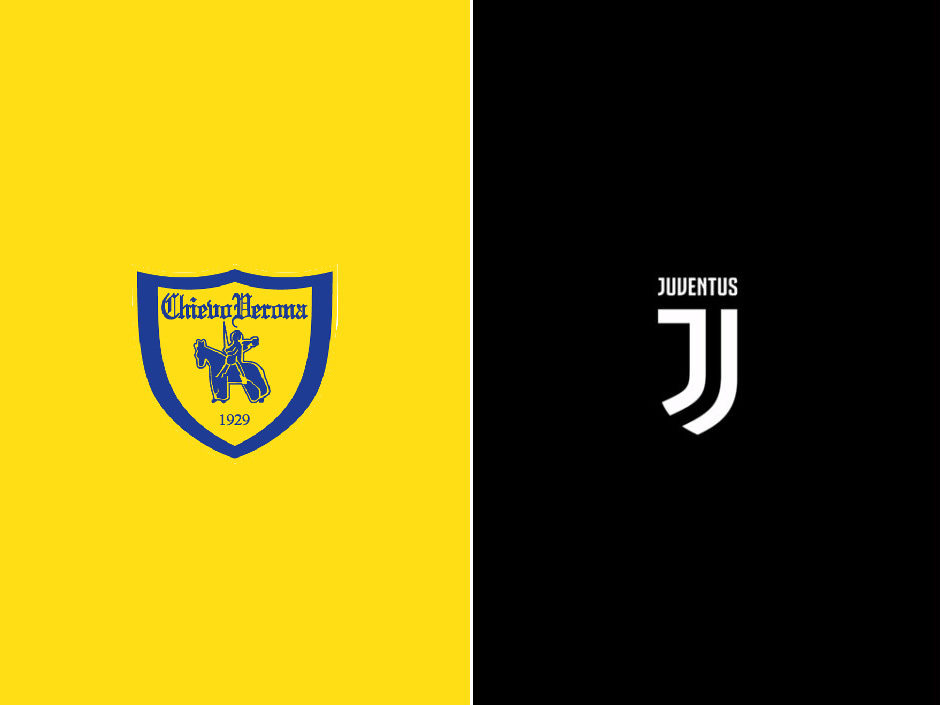 Another rather uninspiring performance from Juventus on Monday night, but once again they were able to come away with three points with the minimal effort. It looked like the team was sure that a single goal would be enough and they lowered their rhythm after Douglas Costa scored on a pretty good combination with Mario Mandzukic. Also, their legs looked a little heavy, probably due to some intense physical preparation over the one-week break. Genoa attacked a little too much for everybody’s liking in the second half, especially after they went all-in with a bazillion strikers, but all in all Wojciech Szczesny did not have to make any superhuman saves. The duel with Napoli atop of the table continues.

The news from the infirmary continues to be bleak: Blaise Matuidi has an edema in his thigh and is in danger of missing the next game, but the coach sounded optimistic about him; Alex Sandro got a knock on the lower back and Sami Khedira has some muscle fatigue and had to be taken out against Genoa, but they look on the right track to play in the next one. Kwadwo Asamoah has been dependable so he could get the start no matter what. Paulo Dybala, Juan Cuadrado and Benedikt Howedes remain sidelined by their issues: the situation of the Colombian is starting to get a little worrying because the groin region is very tricky and the dreaded sports hernia is always around the corner. The winger will take a test next week in Germany to determine the best route to recover: surgery is on the table and that will keep him out for a while. La Joya will take some exams next week as well to see if a scar has healed properly. On a more positive note, Gianluigi Buffon has resumed practicing with the rest of the group after a calf strain and he will start on Tuesday as Wojciech Szczeny will be the choice against Chievo. Claudio Marchisio is very close to fitness and is expected to be ready for Tuesday, or at least next week.

So coming up with a XI will be a little headache, keeping in mind that in three days we will square off against Atalanta in the first leg of the Coppa Italia semi-final. Either Mattia De Sciglio or Stephan Lichtsteiner will start at right back, while Giorgio Chiellini could be given a night off, with Andrea Barzagli or Daniele Rugani filling in. Stefano Sturaro will start if Matuidi can not go, as he is more suited than Rodrigo Bentancur for a three-man midfield. The alternative would be to go back to 4-2-3-1 putting all the strikers available at the same time, but there would be no backup upfront. Otherwise, Federico Bernardeschi and Douglas Costa would battle it out as right winger.

A little detour to the transfer market: the management has decided to bring in the 20-year-old winger Ferdinando Del Sole, whom they signed this summer. He will practice with the first team and play with the Primavera and serve as an emergency option in case everybody gets hurt upfront. Giuseppe Marotta and Fabio Paratici are also setting the table to acquire few more youngsters, but I would not read too much into those names yet as at times they are more investments to make a profit in the future or bargaining chips rather than projected first-team contributors. I still remember following avidly Manolo Gabbiadini and imagining what he could do in our team and we saw how that worked out. On that front, the Bianconeri have sold Mattia Vitale to Spal and are also expected to cash in on Pol Lirola and Federico Mattiello at the end of the season, hence why all those rumours linking us to fullbacks.

Chievo are in a tailspin lately as their last win dates back to late November and they have also lost four of their last five matches. They have been uncharacteristically porous in the defence, having condeded five goals twice in the last two months. They started the season well and they are in a tranquil position in the standings: they are 13th, 6 points above the relegation zone. As always, they have no intention to take the extra step and challenge for a Europa League spot, so likely some relaxation kicked in because they immediately got a lot closer to their seasonal objective. Obviously, they need to start getting some more wins, otherwise they will find themselves in big trouble fairly soon.

Their offensive production lately has been severely limited by two big injuries to Lucas Castro and Roberto Inglese. El Pata is their most dynamic midfielder and he has made a living out of those sneaky cuts in the box that catch defenders by surprise. Samuel Bastien and Fabio Depaoli are good prospects, but they have been unable to make up for his absence, especially scoring-wise. Roberto Inglese suffered a knee sprain: he is their reference point upfront and it is always tough to replace something like that. Mariusz Stepinski is still getting acclimatized to the new scenario, while Sergio Pellissier and Riccardo Meggiorini, who are decent strikers, have a very different skill-set. Inglese is among the league leaders in headers, for instance.

Rolando Maran keeps using his well-established 4-3-1-2, the problem compared to the previous seasons is that he has not gotten much from Valter Birsa, who was fabulous a year ago, and from the second-striker spot, where Manuel Pucciarelli has found the back of the net only twice in 16 games. With Castro sidelined for a good chuck of the season, he has not had the option to use the double no.10 with one more midfielder. Furthermore, while Fabrizio Cacciatore continues to be a good weapon down the right, Massimo Gobbi has clearly lost a step or two and he is afterthought offensively on the left, so the tactic is pretty unbalanced. Due to these problems, they have relied on casual goals in the last period and that does not take you very far.

The coach has tried Mattia Bani in the defence in the last two games: the first one went great, the second not so much, but everybody is having a hard time containing Lazio this season. It is about time they use some fresh faces in the back, where they feature a bunch of geezers. Riccardo Meggiorini and Alessandro Gamberini have missed time lately with a quad and hamstring injury: they could be in the squad list on Saturday, we will see about them starting. Bastien has had a prolonged run as box-to-box, but I would not be surprised to see Nicola Rigoni for a more defensive look. The other doubts are between Pellissier and Stepinski in the attack and Bani and Dario Dainelli as centre-back: in both cases, the more experienced option is the favoured one.

Juventus have had little trouble in the first match-up, trashing them 3-0 at home. They have had good success at Bentegodi over the last few seasons, but the games have often been hard-fought, where they had to earn the three points. 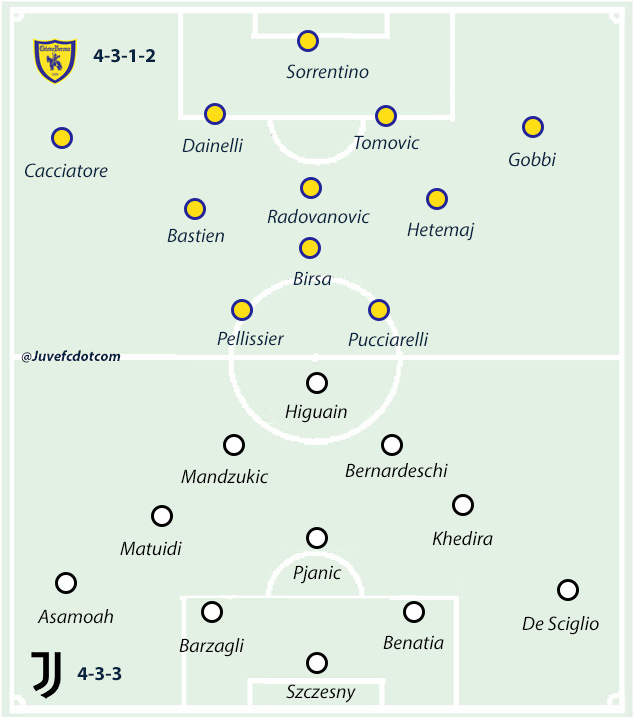