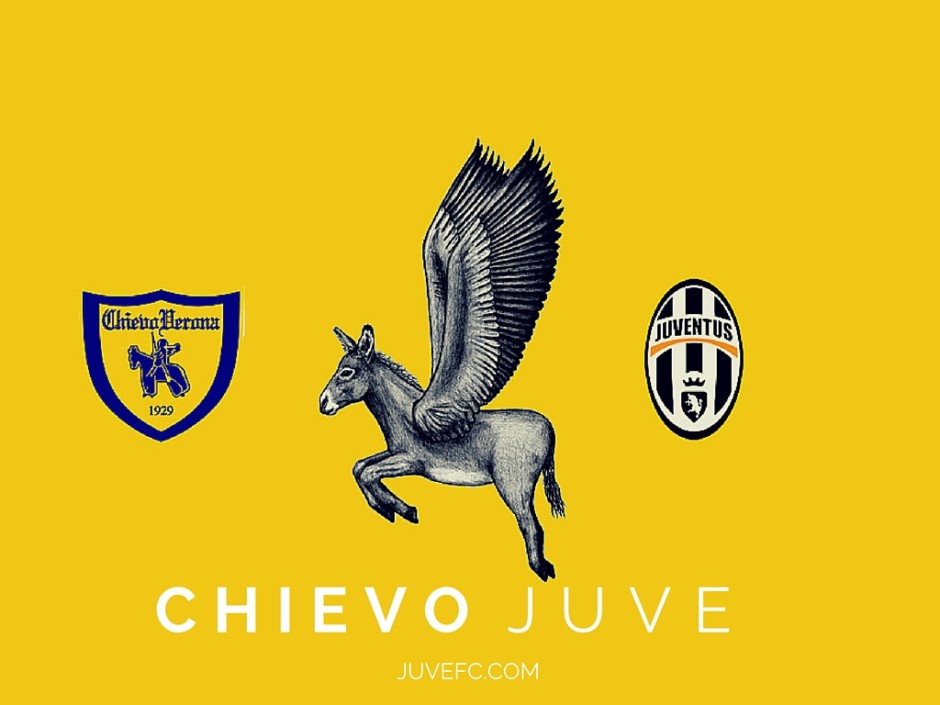 On Wednesday, Juventus basically secured the qualification to the Coppa Italia final with a commanding 3-0 victory over Inter at the Stadium. The team was a bit sloppy in the first half, but still created some good chances and scored; it was instead masterful in the second half, where it took advantage of an undermanned Inter to seal the deal and secure itself a friendly in March in the second leg. It was Juventus’ 14 win in a row in all competitions.

The best news coming out of the Inter bout was obviously Alvaro Morata breaking his drought. I think that the Spaniard was still effective on the pitch, he was not playing too selfishly or seeking the goal too insistently. However, you could see that it was getting into his head as he missed some easy chances, probably because he was overeager in the box. Hopefully, goals will now come in bunches for him, because Juventus will need them.

As a matter of fact, after the game there were some bad news too: Mario Mandzukic will miss a month because of a calf injury and Kwadwo Asamoah will be sidelined for two-three weeks with an hamstring ailment. At this point, Mandzukis is set to miss the first leg against Bayern Munich, but I would not rule out a quicker recovery than the initial timetable, considering his grit and tenacity. It is the second time that the Croatian striker gets injured in a match where he showed no signs of physical problems, which says a lot about his pain tolerance. The Asamoah injury is frustrating because these hiccups continue to set him back when he is given a little of playing time, luckily Juventus is deep in the midfield and should not miss him.

I do not think that the management will make a move to replace Mandzukic, even though Fabio Quagliarella, Giampaolo Pazzini and maybe Alessandro Matri are very available, nor they should. Giuseppe Marotta and Fabio Paratici are after several talented several Serie B strikers, Gianluca Lapadula, Ante Budimir, Filip Raicevic and Simone Ganz, likely to stash them and see if one blossoms, but I do not foresee a scenario where they bring one in to groom him. For one reason or another, their respective teams sorely need them now.

Against Chievo Verona, Juventus will seek the 12th consecutive win in Serie A to pressure Napoli that plays later that day. I personally hope for a good performance because I will make my annual trip to Verona to see the team in person. Here is a stat: we have always won in the matches I witnessed to (4-0, three against Chievo Verona and one against Shamrock Rovers).

Patrice Evra is disqualified for this game, so it is Alex Sandro time, which also means that Stephen Lichsteiner will play on the other flank, especially since Juan Cuadrado played in the midweek match. The Colombian was terrific and I really hope Massimiliano Allegri finds a way to give him more playing time, he could be our it factor. The lineup should be the standard one, with Morata replacing Mandzukic upfront. Considering that Sami Khedira and Paul Pogba are primed to start and that we will face Genoa on Wednesday, it could be a good chance to give Claudio Marchisio some rest: Hernanes would take his spot. Giorgio Chiellini coul get a day off too, with Martin Caceres replacing him.

Chievo Verona are unnecessarily secretive at a Belichickian level with the squad list and injuries, but they should be very depleted in this match. Alberto Paloschi has flown to Wales to join Swansea. They should be without Riccardo Meggiorini too, who is nursing an hamstring injury. This means that Roberto Inglese, a very nice young player, and Paul-Josè Mpoku, an interesting offseason addition that quickly fell out of grace, are likely to be the striker’s duo in Rolando Maran’s 4-3-1-2, unless he changes the scheme. Sergio Pellissier probably can not go for 90 minutes.

Absences galore in the defence too: Bostjan Cesar is suspended and Alessandro Gamberini suffered a serious hamstring injury in the last game. In that occasion, the coach trotted out Gennaro Sardo, who is famous for scoring the winning goal in Chievo’s lone win against Juventus; however, the recently acquired Nicolas Spolli is the favourite to pair up with Dario Dainelli in the middle of the defence in this one. Nicolas Frey, a natural right-back but very versatile, could be an option both at centre-back should Spolli not be ready to play or at left-back to have a more defensive player there than Massimo Gobbi, who is famous for scoring a in a Fiorentina’s 3-2 win against Juventus in Turin. On the right, there should be Fabrizio Cacciatore, who is famous for scoring goal against Juventus and dancing awkwardly afterwards during his time with Hellas Verona. So many bad memories.

Perparim Hetemaj has missed the last two games because of bruised leg. Maran has used Giampiero Pinzi and Nicola Pinzi as box-to-box midfielder in the past: as usual, against Juventus, the most defensive option is the most likely one. The starters Ivan Radovanovic, Lucas Castro and Valter Birsa will form the rest of the diamond. Simone Pepe, who could be an option both in the midfield and in the attack, should be out as well.

In this season, they got off to a brilliant start where they were scoring a ton, but then lost some steam and regressed to the same old Chievo of yesteryears. Still, they have a nice record and have built a nice cushion over the most dangerous areas of the table. 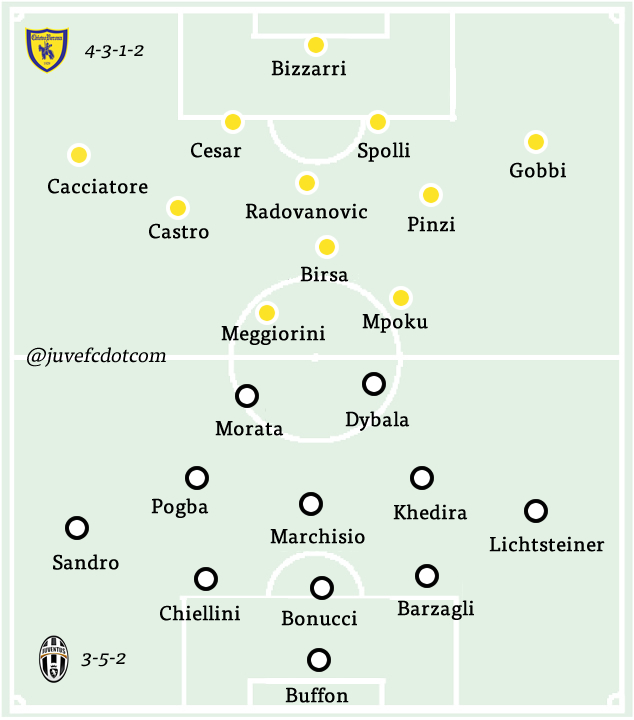