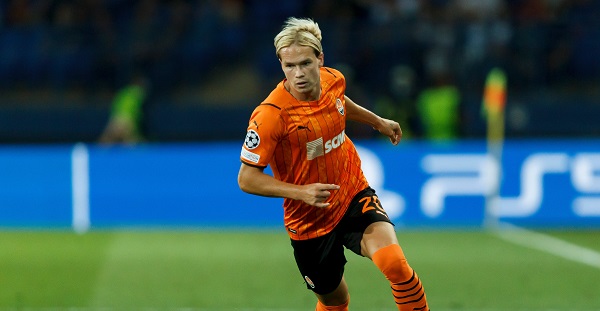 Juventus has been handed a boost in their bid to buy Mykhailo Mudryk as his club has now reduced their asking price for his signature.

The youngster has turned heads with his performances in Europe in this campaign and it seems only a matter of time before he leaves Shakhtar Donetsk.

At 21, he is already the main man for his current club and continues to deliver for them on the biggest stage.

They had insisted he would not leave unless a suitor paid 100m euros. However, that fee has been reduced, according to a report.

Calciomercato reveals they could accept an offer of around 50m euros plus bonuses to sell him now.

However, it adds that the youngster is now closing in on a move to Arsenal, who have no problems spending that money on his purchase.

Mudryk is one of the finest youngsters in the world and will do a terrific job at the next club he joins.

However, he is probably too expensive for 50m euros, considering that he hasn’t really played for a top European club yet.

If he moves to Arsenal and proves to be a world-class player, we could buy him from them, even though it could require a record fee.