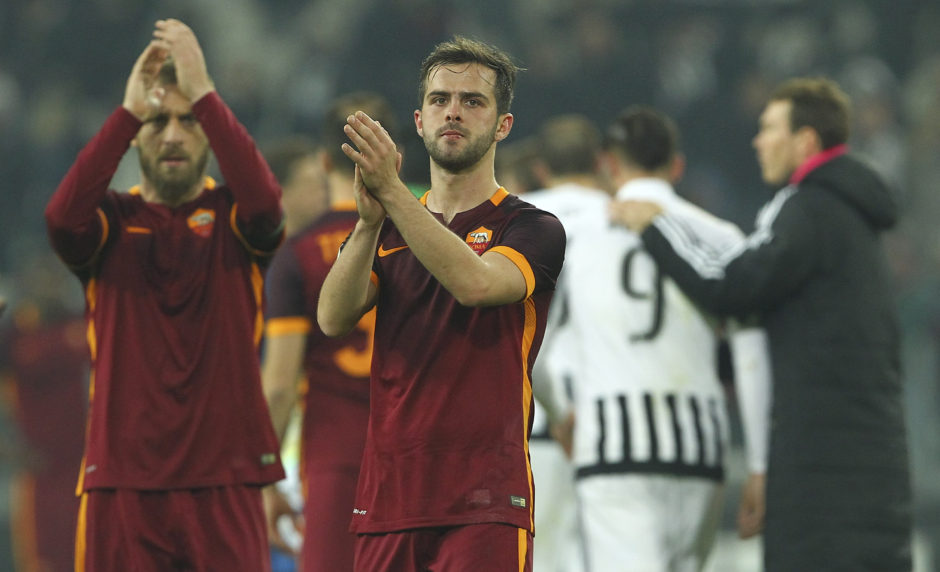 Juventus and Roma have confirmed that Miralem Pjanic will be joining the Bianconeri !

“With this note I inform you that I intend to activate my right to be transferred to another club, as agreed beforehand,” read the statement.

“I also tell you my intention to send the 20 per cent of my share of the transfer fee directly to the club that will buy my contract, which I specifically inform you is Juventus.

“I thank you and urge you to make contact to finalise the necessary contractual formalities.”

Juventus have since moved to confirm the story with Bianconeri director Beppe Marotta officially announcing the move.

“The Pjanic operation was concluded with the will of the player, who strongly wanted the transfer to Juventus by activating the release clause he had already stipulated with Roma,” Marotta told both La Gazzetta dello Sport and Tuttosport

“Pjanic himself facilitated the operation by deciding to forego the percentage of that sum he would’ve been due.”

The total release clause is €38m, but Pjanic has decided not to take the 20%  of the fee he was owed.

“It was therefore not a negotiation between Roma and Juventus directors, but merely technical meetings to define the transfer via the release clause payment.

“The player will undergo a medical with us shortly.”