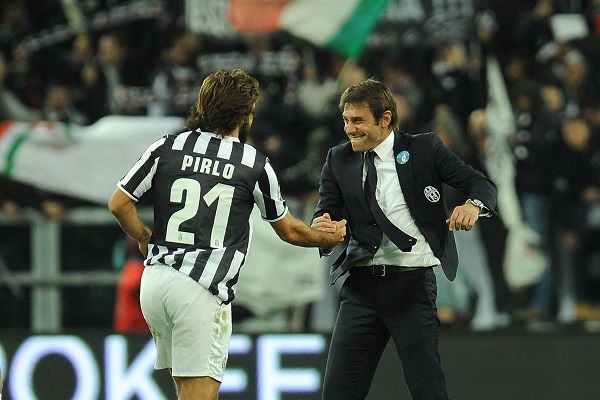 Andrea Pirlo has revealed his admiration for Antonio Conte and credits him for sparking the desire to be a manager in him.

The former midfielder was named the manager of Juventus at the start of this campaign to the surprise of many fans.

He had no senior managerial experience, but the Bianconeri are confident that he has shown enough as a footballer to suggest that he would be a successful manager.

Pirlo was playing under Conte at Juventus in 2011 when the current Inter Milan boss had just been named as the manager of the Bianconeri.

His success with the team inspired Pirlo to consider a career in management, and he spoke about that in his press conference before the Inter match.

He praised Conte for making history with the Juventus team at the time and he will always be grateful for the lessons that he learnt under him, before revealing that Conte made becoming a manager appealing to him.

He said in a press conference as quoted by Football Italia: “Conte and I have two very different personalities, which is probably why we have always got along really well. We did speak before the season began, there remains great respect and affection between us.

“He made Juventus history and I learned a lot from him, so will always be grateful. Conte is the first man who made me want to become a coach. He is a great person as well as a great coach, but tomorrow we will be opponents on the touchline.”