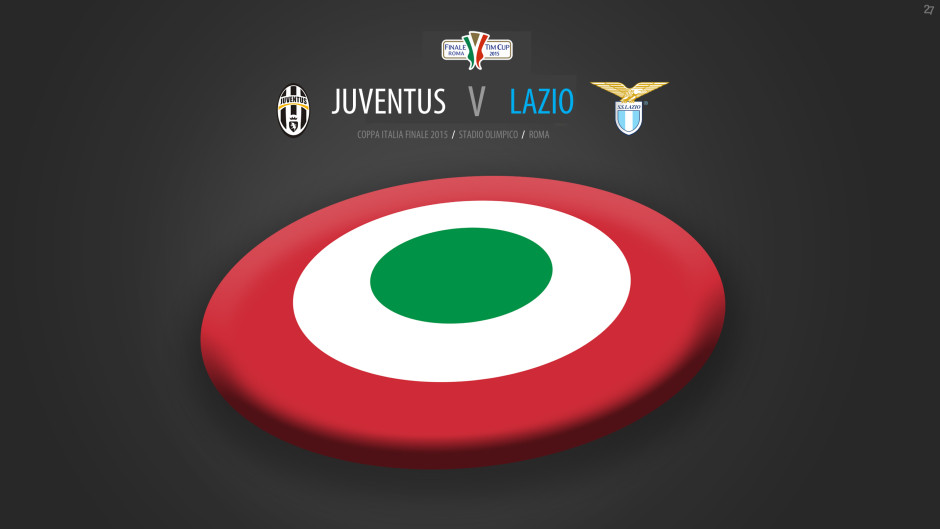 It’s been twenty years since the last time Juventus won Coppa Italia: honestly, we’ve been stuck to nine trophies, with the agonizing thought of Roma getting to ten first, for way too long. It’s time for that to be corrected. And what a better way to do than against the defending champions, led by that irksome Claudio Lotito?

In that timespan, Juventus have reached the final three times but have been defeated by Parma, Lazio and Napoli. Truth be told, Coppa Italia has never been the main target, but this year it could be part of amazing accomplishment (that I’m not even going to name). Along the way, Juventus eliminated Hellas Verona, Parma and Fiorentina, with that statement win on the road that testified how much Juventus wanted to get it done this year.

It has been reported that the president Andrea Agnelli himself gave the squad a little pep talk before the trip, stating that this game, and not the Champions League final, is the number one goal right now; he even showed them a video of Lotito making an insulting joke about Giuseppe Marotta. It’s safe to say that Andrea still hold a grudge against Lotito after the political fiasco of the election of the FIGC president last summer.

Unfortunately, Alvaro Morata and Claudio Marchisio are suspended for the final and this could lead to a tactical change. Allegri is pondering about going back to 3-5-2, keeping Roberto Pereyra on the bench initially. Besides having a stouter defense, 3-5-2 would allow to have more juice from the bench: let’s not forget that this can go to overtime. If the coach preferred his usual diamond scheme, the Argentinian midfielder would start behind Tevez and Llorente. Stefano Sturaro could be a surprise starter.

Marco Storari will probably start because he’s been the “cup” goalkeeper for this season, and really in every season. I don’t necessarily agree with this because facing a final without the leadership of Gianluigi Buffon on the pitch is pretty crazy, but that’s a thing coaches tend to do (Stefano Pioli will do the same). It’s seem that this is where we are headed.

Everybody else is available besides Romulo, who got re-injured in the Inter game, and Martin Caceres. It’s a big game for Llorente as it’s no secret that he could be available on the market this summer, if everything goes well for Juventus (meaning that they’ll be able to get another big time striker after securing Paulo Dybala). I love the guy, his enthusiasm and his contribution on and off the field so I hope he’ll have a very good match and maybe score a game-winner. It’s true that he’s been a tough fit in Allegri’s open and freelancing offensive schemes, but games of this magnitude are often won with a cheap goal. Moreover, it’s should not be forgotten that everybody is playing to start in the biggest game of the season.

In the two Serie A games, Juventus handily took care of business with a 0-3 win on the road (but it was still a primordial version of this year’s Lazio) and 2-0 at home.

Lazio have been impressive in their journey to the final, as they have sunk Torino, Milan and Napoli. They have won the competition six times and they are looking to repeat. Even though the stadium will be equally divided, they are still playing at home. In Serie A, they are going mano a mano with Roma for the second place and they have to fend off Napoli to retain a Champions League spot. They’ll actually face both in the final two games so this period couldn’t be any more crucial for them. Expect them to be locked in.

However, it’s not that they are slumping, but they have peaked early and now they are trying to stay afloat with the residual energies. The current Lazio is not the best version we’ve seen this season, which was the one that one eight straight games (a winning streak broke by Juventus) riding Felipe Anderson’s incredible form. But it’s still pretty good and they are getting healthy.

Lucas Biglia is trying to make a miraculous comeback: I’m skeptical as he has been diagnosed with a torn LCL last week, but it is reported that he’s already working on the pitch. They have recovered Santiago Gentiletti, Stefan de Vrij, Senad Lulic and Filip Djordjevic: only fringe players like Cana and Ederson remain sidelined. Pioli has called up the whole squad.

They didn’t have time to rest many starters against Sampdoria, but they did spared Stefano Mauri. However, it’s not a lock that he’ll start. Stefano Pioli is preparing his moves in top-secret training sessions and there could a surprise like the three-man defense, which he briefly used in the final part of the Sampdoria game. At that point, the defensive live would probably be De Vrij-Gentinelli-Radu, with Lulic as LWB, Parolo and Cataldi in the midfield and Candreva and Anderson/Mauri behind Klose.

Gentiletti started and scored after being sidelined for eight months with an ACL tear: he might not be considered ready to play twice in a row, he even had to leave the pitch on Saturday because he was cramping up. Mauricio is a solid defender, even though he has funny moments sometimes. Dusan Basta and Stefan Radu have been reliable all year long, while De Vrij has been mostly rock-solid after learning it the hard way in the first matches.

The main doubt is about the tactic: Lazio play the best football with 4-2-3-1, but Pioli may want one more body in the midfield to match up better, as he did the last time he faced Juventus. If he opted for a three-man formation, cup-specialist Senad Lulic, Marco Parolo, simply one of the best midfielders this season, and the veteran Cristian Ledesma will form the midfield. If Biglia was ready, he’d start for Ledesma, but that’s a big question mark.

At that point, the big doubt would be whom to bench among the “big three” Mauri, Antonio Candreva and Felipe Anderson. Don’t be shocked if the Brazilian ace, who hasn’t scored in the last six games, didn’t start. On the other hand, with 4-2-3-1, Danilo Cataldi would have a better chance to get the call, with both Ledesma and Lulic on the bench.

In any case, Lazio will field a lineup full of playmakers and well-rounded players. They are very good in counter-attacking (Sampdoria players actually held Anderson’s jersey a couple times while he was away from the ball to prevent him from going full speed towards their box, smart tactic) and on the flanks. They have excellent shooters and free-kick takers. They can score in multiple ways and they have veteran leadership. Basically, they have total package. But so do Juventus. 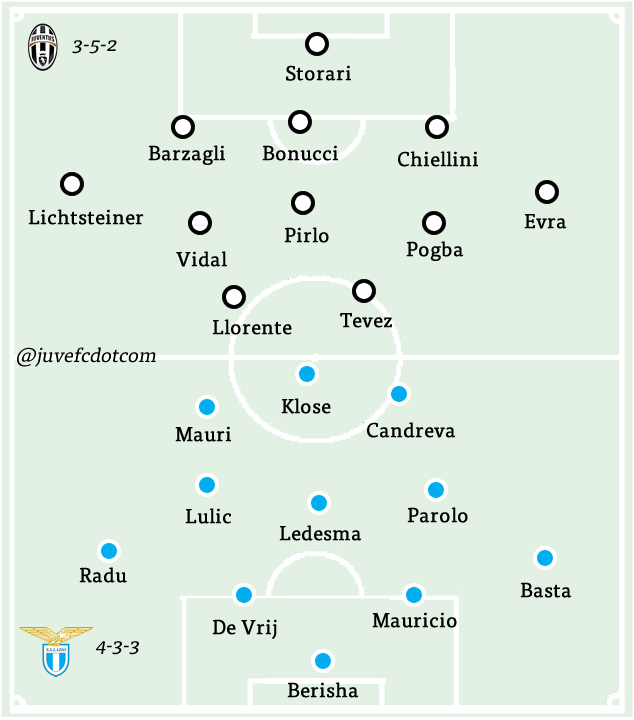