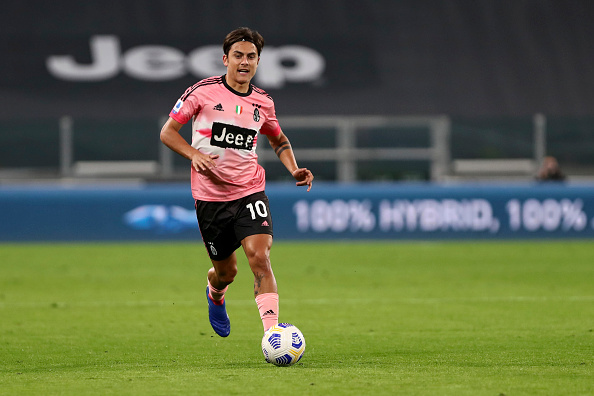 Juventus are in talks to sign Paulo Dybala to a new contract at present, as confirmed by chairman Fabio Patrici.

The Bianoconeri were held to a 1-1 draw by Hellas Verona tonight, but with the blow came some good news, as positive talks have taken place over extending the future of Dybala.

The Argentine made his first start of the season tonight, having suffered with injury before picking up a virus, but he wasn’t able to help our side return to winning ways.

Dybala is under contract until 2022 at present, but AS claims talks are underway to extend that by three more years, with the Argentine deemed an important player at the club.

Paritici blames the recent Coronavirus scare which forced the team into isolation for delaying proceedings, but insists both the club and the player want the same thing, which surely makes the result inevitable.

“We’re in talks to extend Paulo’s contract,” he told Sky Sport Italia (as translated by AS). “He wants to stay and we want to keep him – he’s part of our future.

“It has been a tricky period because we were locked in the hotel for two weeks due to the COVID scare and not allowed to meet anyone.

“But we’ll continue the negotiations to find an agreement.”

Dybala showed glimpses of his exceptional talent this evening, despite chances provided by his team-mates, but he is certainly still missing some sharpness, which will come after he picks up more minutes.

Will Dybala be the main man to rely on once Cristiano Ronaldo decides to quit playing? Does anyone doubt his star-quality?