Costa: ‘I want to stay and learn from Ronaldo’

Douglas Costa wants to stay at Juventus and learn from Cristiano Ronaldo but admits the Champions League is an obsession.

The Brazilian winger spoke with DAZN Brazil and explained his desire to remain with the Bianconeri but also to one day return to the club where it all started, Gremio.

It started from Gremio, the club from where you made your name…

“Everyone always asks me to return to the Gremio, but it costs too much for them. Could they give me what I earn here? No, then let me stay here. I will come back when my purchase does not have to bankrupt Gremio, then I will be ready to help.

“I am very fond of them, it is the team where I started playing and where I would like to end my career. The time will come to return, but I think I can still do a lot in Europe. ”

On life in Turin

“In Turin it’s sometimes cold, sometimes it’s sunny, it’s dark early but it doesn’t snow much. I feel very comfortable in Italy, I find it a country very similar to Brazil, the food is good and the language is not that difficult.

“Everything I have here is perfect for me. I live in a nice place, I can go for a walk where I want, the structures of society are close and they treat me really well.

“In Germany the lifestyle is different, they are more relaxed, in Italy the fans are very similar to the Brazilians, you always have your eyes on it, there is a lot of pressure.”

“I think at the moment I would hardly leave Juve for another team, here it is like a family, you feel welcomed and free. So I got really well set up. At the beginning it was difficult, Italian football is different, very tactical.

“I am so focused on learning from Cristiano Ronaldo, we have one of the strongest players in the world on the team, and if I am 100% and Dybala is 100%, we can aim for a very high level. 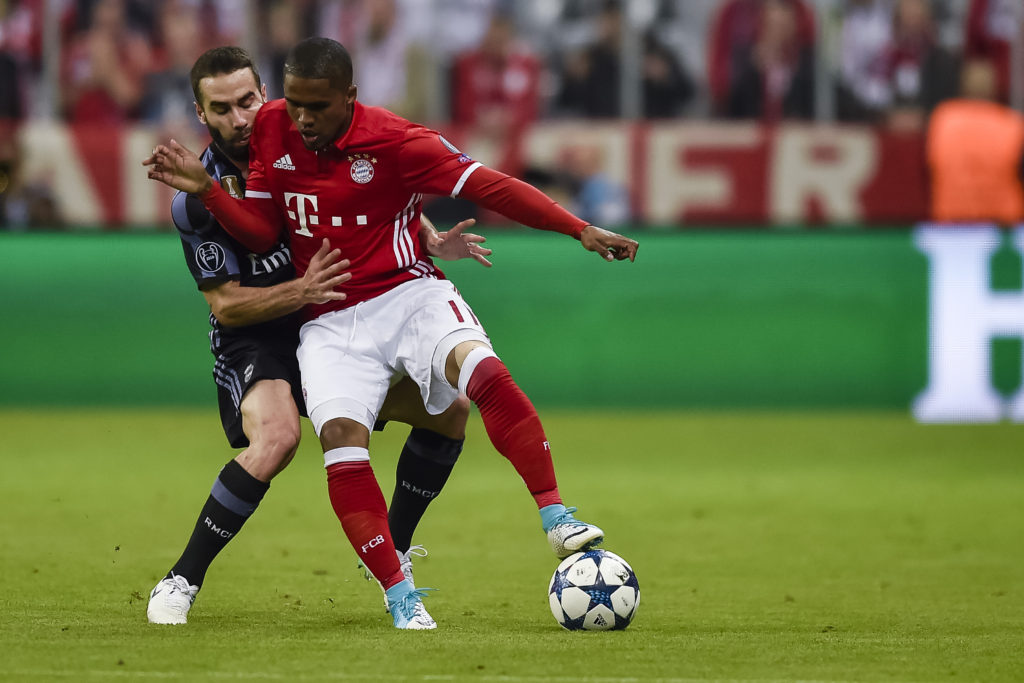 On Bayern Munich and Pep Guardiola

“Guardiola was the person who made the difference in my growth, he allowed me to play in the right role, he called me and said: “Douglas, we have a plan for your career. Come to us? Are you ready to learn to play football?” I replied: ” Yes, I’m ready“”.

“Bayern was a very sad period for me, I thought we would make it because each of us played really well. That team was one of the strongest and most technical I’ve ever played in. Of course, we at Juventus are also an extraordinary group, but in that team each of us was at the top.”

On his youth career

“I left home at 12, it was at that age that I went to Gremio. At 19 I went to Shakhtar, it was all very fast. In 2014, the war between Ukraine and Russia forced us to move from Donetsk to Kiev.

“It was very difficult, I had just found a house that I liked, I had renovated it and when I finished, the boy who sold it to me disappeared and did not give me back the money. They are tough, everyone wants to escape, in Ukraine I learned a lot. ”

On the spitting incident with Federico Di Francesco

“The episode made me feel bad, because I’m not that kind of person. I had a 10-15 second blackout in which I lost my mind.

“I learned a lot from that mistake, it made me work on myself. I know I am a role model for many children, many young people would like to be like me, would like to play in Juventus, live what I live.

“That episode made me reflect on who I am and what I represent. I would never do it again, I learned a lot. ”