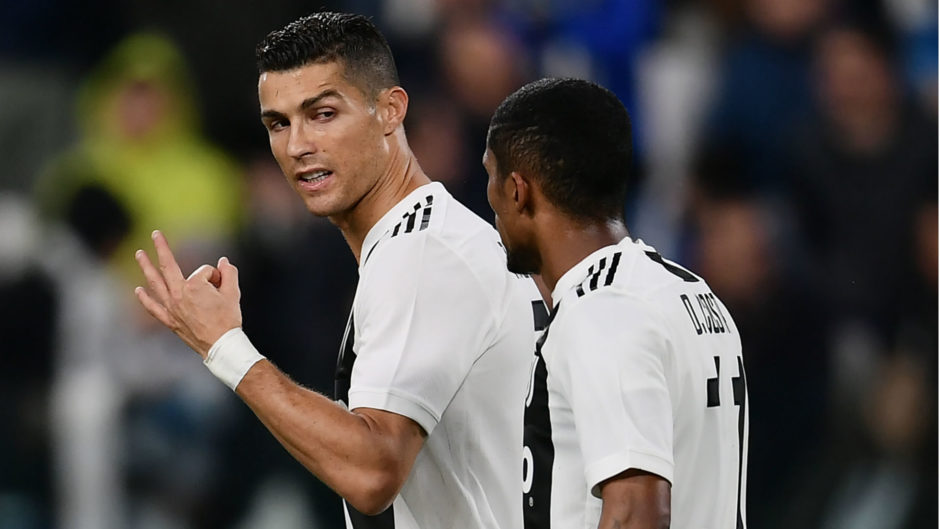 Douglas Costa believes Cristiano Ronaldo improved Juventus after his arrival at the club and admits CR7 won everyone over very quickly.

The Portuguese forward proved decisive in Juve’s 3-0 victory over Atletico Madrid midweek and Costa recounted the feelings in the Juve team when Ronaldo arrived.

“When he arrived. I thought ‘the best player in the world has joined, right?’” he told YouTube channel De Sola.

“As soon as he arrived, the club improved in every aspect. His contribution has been noticeable.

“He scores goals every week, he’s brought more fans to the stadium and we hope to win things with him so we make history with him by our side.

“He’s a stand-up guy, he’s hard-working and he’s always with us. If he doesn’t talk to me, who does he talk to? We only talk in Portuguese.

“Believe it or not but when Cristiano Ronaldo’s arrival was being talked about, I asked ‘what will the dressing room be like?’

“We all have to love each other as teammates because we’re all looking for a place in the team, but Cristiano won everyone over very quickly.

“He’s a simple, hardworking guy who likes to win. Juventus were looking for a player with his mentality, so he’s given us a lot.”