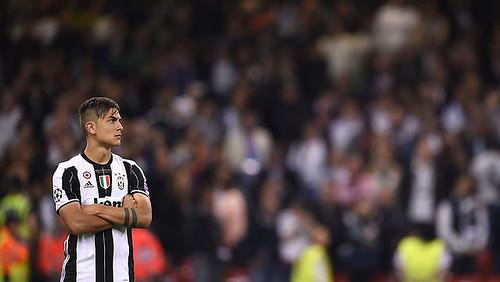 Could Paratici Provide the key to Dybala Departure?

English Premier League side Tottenham Hotspur have already signed two Juventus players in 2022. Rodrigo Bentancur and Dejan Kulusevski arrived in the January transfer window and both seem to be settling in well over in north London.

The link between Juve and Spurs is an obvious one: With former Juventus man Fabio Paratici installed as Tottenham’s technical director, it’s no great surprise that he is scouting at his former club.

While Paratici oversees Antonio Conte’s transfer policy, it’s likely that he will be making some more trips to Turin and latest reports are linking the English club with a former transfer target.

Both Spurs and Manchester United were linked with a move for Paulo Dybala back in the summer of 2019. It’s said that the only reason the deals failed was the issue over the player’s image rights, which tells us a lot about modern day football.

The Argentine international striker went quietly back into the ranks at https://www.juventus.com/en/. He’s continued on a productive path in Turin and the transfer rumours only reappear on an occasional basis.

Now, with Fabio Paratici at one of Dybala’s former suitors, those rumours have intensified. Talk of a move for the player in the summer is gaining momentum and there are reasons why the gossip makes sense.

Spurs’ Need for Striking Back Up

There are two scenarios that could leave Spurs needing a world class striker in the next transfer window and both of them revolve around Harry Kane. Ahead of the 2021/22 campaign, Kane was widely linked with a move to Manchester City. It’s said that City made a bid which fell some way short of Tottenham’s requirements.

With Spurs missing out on silverware yet again, it’s possible that Manchester City may well come back in for the player.

Even if Kane were to stay, Tottenham are in need of striking reinforcements. The club has played with one lone front man for so long and it’s a tactic that carries less threat every season.

In the current campaign, Conte’s target was to take Spurs into the Champions League but the club are in danger of missing out on European football altogether. With Tottenham sitting in eighth place ahead of the latest international break, they are among the outside bets for a top four finish.

According to bookmakers as sourced by https://www.asiabet.org/sports-betting/, Manchester United and Arsenal are joint favourites to seal the final UCL slot with West Ham the most likely challengers. Spurs are still offered some hope but the team needs to start putting some positive results together.

If Conte’s men were to go on a winning run, those odds would have capacity to change. Asiabet.org would update the markets and advise readers on the latest position. At the same time, breaking news and blog updates would appear on the site.

Visitors could potentially put that knowledge to good use by getting involved with the markets. The sportsbook mentioned here are ready to accept new customers. In return for completing the signup process, there can be some generous welcome packages plus a set of funding methods that will get the account moving.

Once on board, there will be ongoing promotions and the option to bet on mobile, while some bookmakers also provide a live streaming service.

Whatever may happen with that Top Four race, Tottenham Hotspur will need a top class striker moving forward but does Paulo Dybala fit the criteria?

In seven years at the Juventus Stadium, Paulo Dybala has moved through the ranks to become the club’s 11th highest goalscorer. Before the 2021/22 season comes to an end, the striker is almost certain to break into the top ten.

In his first 201 games for the Serie A club, Dybala has scored 112 goals. A ratio of more than one goal in every other game is an outstanding one in such a competitive division and it’s no wonder that other clubs have taken notice.

The issue for https://www.tottenhamhotspur.com/ is that they are unlikely to be able to offer Champions League football next season. A player of Paulo Dybala’s quality deserves to be playing on the biggest stage and that’s why the deal remains in doubt.

Video – On this day, Carlos Tevez reigned supreme away to Dortmund