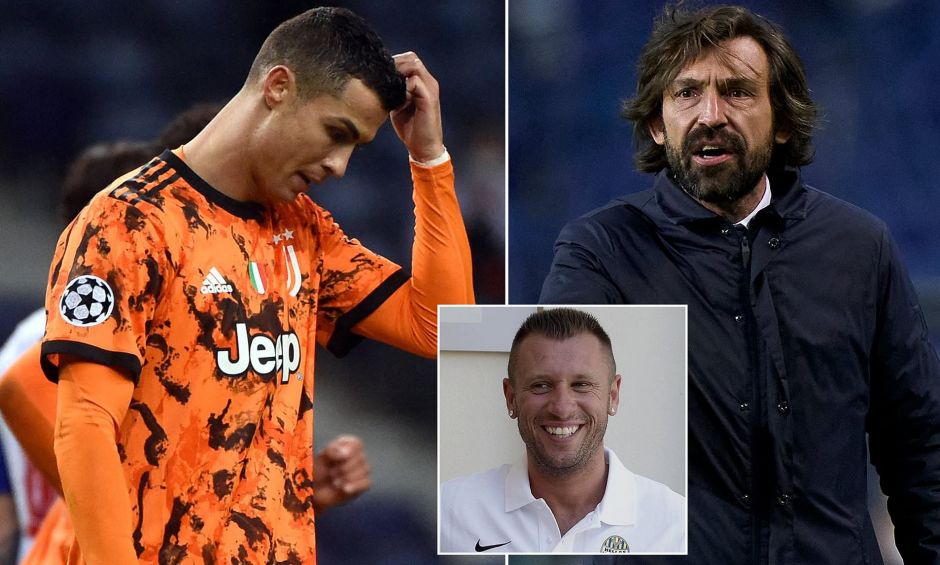 Cristiano Ronaldo ‘doesn’t give a damn about others’

Antonio Cassano has slammed Juventus star Cristiano Ronaldo, claiming that he is selfish and has no interest in helping his team-mates.

Cassano was known for his controversy on the field, falling out with more managers than he worked under, and causing a nuisance to those around him, while his football on the pitch still gifted him a large fan base.

I for one was always a fan of his ability, and his antics off the field were frustrating as I believe he hampered his own career with his temperament, and now his comments in retirement will not go down well either.

Cassano was speaking with Christian Vieri after Juve’s 2-1 loss to Porto, and speaking negatively about Cristiano Ronaldo, claiming that he is selfish, and not buying into the ideas of Andrea Pirlo.

“I have always said, even though he is a phenomenon and has scored a billion goals, that with Andrea Pirlo’s idea of football he could run into difficulties,” Cassano said on Christian Vieri’s Twitch channel BoboTV.

“He scores a goal per game, it’s true, but he struggles with Andrea’s idea. He’s always been a bit selfish, he doesn’t give a damn about others scoring goals.

“He’s the kind of player that lives to score, not for the game, for the great match. He lives to score and in this moment the situation is getting worse. The years pass for everyone and he is having difficulties.

“This is because, since Sarri, Juventus are trying to show a style that is different to its history. It’s clear that Pirlo must be judged in four or five years, but Juventus want everything immediately.”

I can’t say I agree with Cassano’s points at all, especially his claim that Ronaldo is having ‘difficulties’ in Europe at present. His performance against Barcelona alone in helping us to a 3-0 win to top the group was a spectacle, and one that shouldn’t be discounted.

Do any Juve fans believe Ronaldo isn’t buying into Pirlo’s ideals? Does anyone believe he is selfish and detrimental to the team?