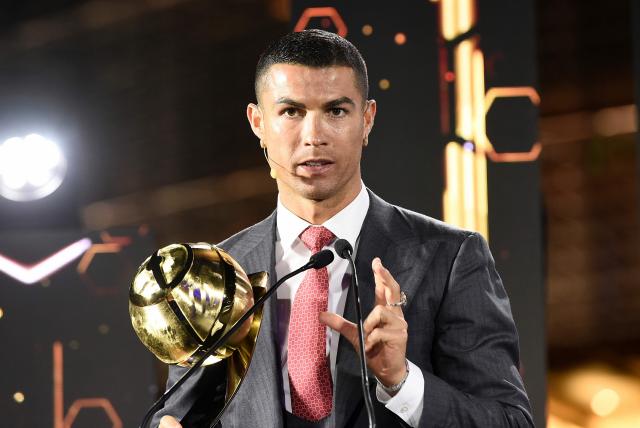 Juventus superstar Cristiano Ronaldo has admitted that he doesn’t like playing in empty stadiums, with the Coronavirus having affected rules surrounding the professional game.

The Portuguese collected an award in Dubai this weekend where he was named Player of the Century at the Globe Soccer Awards, and spoke to the press during the event.

Ronaldo talked about a number of subjects, and one was on the current campaign, where he admits that he isn’t enjoying things as much as he normally would, although his football certainly hasn’t been suffering.

‘For me, I have to be honest, to play in an empty stadium is boring in my opinion,’ he said at the awards (as quoted in the DailyMail).

‘We, the players, respect all the protocol and health is the most important thing of all, of course, but I don’t like it to be honest.

‘I do it first of all because I love football. My passion is always football. I play for my family, my kids, my friends, the fans. But I don’t like it, to be honest, it’s so weird.

‘I hope in 2021 they can change the rules and we can see the stadiums full of people.’

I’m not sure Cristiano will get his wish of a rule change with reports of a so-called super strain, which has been detected in a number of countries in recent weeks, but as long as the forward can continue his fine form in empty stadiums we should have little to worry about.

Ronaldo has 16 goals in his opening 14 matches this term, and clearly doesn’t appear to be missing the fans that much…

Would CR7 be doing even better in front of a crowd?