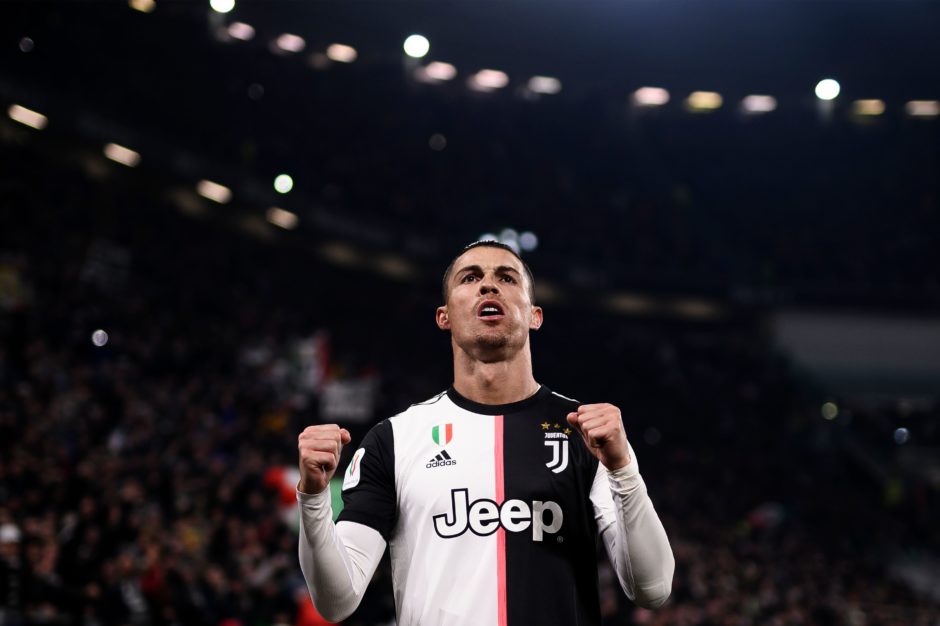 CRISTIANO RONALDO: THE GREATEST FOOTBALLER OF ALL TIME?

Some of his staunchest fans and most fervent supporters might even argue he is the greatest athlete of all time, but we will leave this subject for another day and focus on the matter at hand.

What the present and future holds for Cristiano Ronaldo

Like always, it has been a season of equaling or breaking records for Ronaldo, from playing his 1000th professional match to scoring in 11 consecutive Serie A matches as well as recording the most wins in the Champions league of all time. At 35 years of age will this sports machine ever slow down.

On the 10th of July, 2018, he shocked the entire sporting world by leaving Real Madrid for Juventus. The move has been quite successful though it has not been all plain sailing, from the rape allegation scandal to getting knockout of the Champions league and Coppa Italia by Lyon and Lazio respectively last season not forgetting under-par performances in the league though not entirely disastrous so the move can’t be considered a categorical success yet. Hence, the big question arises, will Cr7 see out his 4 year contract and what next.

In truth, this season especially 2020 has been one of the best Ronaldo has had in recent times. He is scoring freely once again, setting records which include jumping even higher than the crossbar against Sampdoria to score the winning goal as well as an eye boggling sprint against Hellas Verona to score the opening goal of the match.

He already has 21 goals in the league and is strongly contesting for the top scorer award, an award he couldn’t lay his hands on last year but will be highly motivated to that this season. They have a favourably second leg Coppa Italia semi-final to look forward to against AC Milan and also leading the league by a single point so domestically it can be said they are where they want to be.

With the only blot in the copybook being the Supercoppa Italiana lost against Lazio in December. While on the continental level, there is crunch round of 16 second leg tie against Lyon approaching, the pressure is slowly and seriously ramping up because Ronaldo and Juventus simply can’t afford to be dumped out.

In essence, Ronaldo was signed to win this competition for Juventus, hence the consequences will be close to unbearable if they get knocked out this earlier once again by a supposedly inferior team and they trail 1-0 from the first leg by the way. 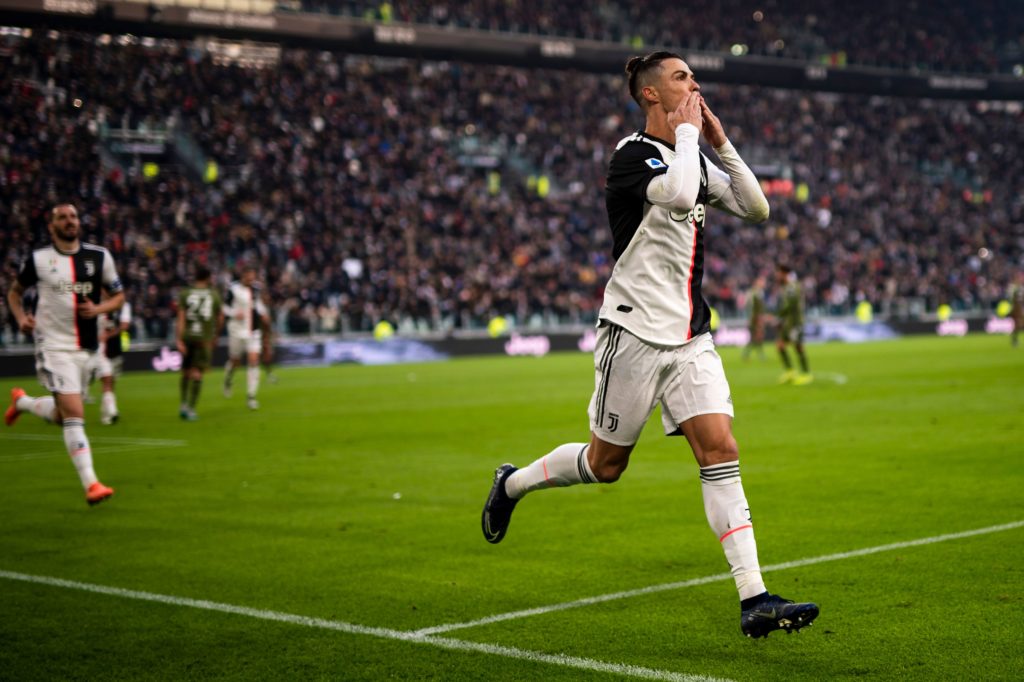 Juventus’ Portuguese forward Cristiano Ronaldo (R) celebrates after scoring his third goal during the Italian Serie A football match Juventus vs Cagliari on January 6, 2020 at the Juventus Allianz stadium in Turin. (Photo by Marco BERTORELLO / AFP) (Photo by MARCO BERTORELLO/AFP via Getty Images)

Where Will the Season End?

From a predictive point of view, I can say Ronaldo and Juventus are setup for successful season come May, after defeating Inter yesterday which was more of a psychological victory, they are 9 points ahead and have to only worry about Lazio while no sane human being will bet against them not going on to win the Coppa Italia after last year’s disappointment.

There are too many weaknesses in the squad to talk about winning the Champions league and there are clearly other better teams so even the season ends with 2 trophies, it will be considered a successful season but successful enough to keep Ronaldo at Juventus? Currently, Juventus’ odds are 12/1 to win the Champions league.

Yes, I think so and also believe he will see out his 4 year contract before seeking his next career. Ronaldo is highly motivated and loves new challenges though he is also very loyal when treated rightly and Juventus have done nothing but that.

From supporting and protecting him during the rape allegation saga while the coach has also spoken up for him during short bad patches on the pitch. While Juventus, have clearly made the leap to a giant sports brand with countless record deals.

So, it’s quite evident both parties are satisfied with what they have and won’t be looking to go their separate ways anytime soon.

Despite all these assumptions, there are always speculations when it comes to the most marketable athlete in the world, there are still murmurs and whispers in certain corridors about a return to Madrid but I believe that is very unlikely, considering the acrimonious circumstances in which they separated. Juventus won’t want to let go of their most prized asset anytime soon so we can expect Ronaldo’s next football move to come only in June 2022. Will there even be one at all.

What Lies Ahead for Ronaldo?

Ronaldo has spoken about playing till 40 years and considering his perfect physique and athleticism, it is very possible. There have been rumours about moving to the MLS, to David Beckham’s newly formed Inter Miami to create a superstar combo in the process or moving to the United Arab Emirates considering he has won the globe awards several times and will be well received there. Recently, he also spoke about becoming an actor after football, this can also happen immediately after leaving Juventus.

One thing is certain, Ronaldo always loves to feel wanted as well as being the most important piece in the puzzle so despite his age this is will be the most important factor in his next career move after Juventus whether it is football, acting or modelling, he simple has to be the centre of attraction.

OFFICIAL: Serie A training to resume in May

Commisso: ‘Price must be right for Chiesa’