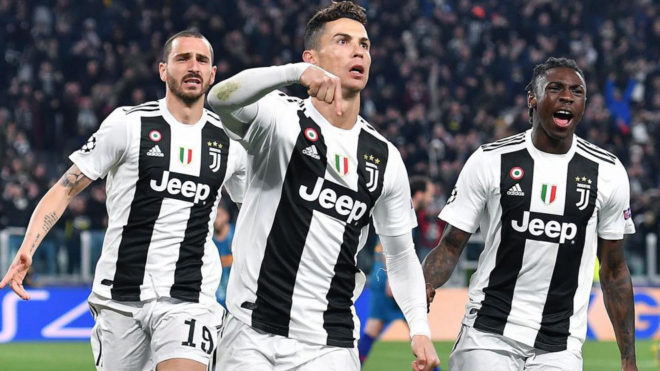 Clarence Seedorf has tipped Cristiano Ronaldo to win another Champions League with Juventus, which will bring him level with him on most Champions Leagues with different clubs.

The Portuguese has enjoyed a highly decorated career thus far, including winning seven league titles and five Champions Leagues so far, and appears far from finished despite coming up to his 36th birthday in February.

Clarence Seedorf currently holds the record for having won the illustrious Champions League with three different clubs, albeit by winning only four titles, and he himself believes he could well see his record of winning the CL equalled by Cristiano.

“It’ll be a very nice pleasure to have Cristiano Ronaldo equalling my record. We could’ve talked about somebody different, right? So, I don’t think it’s a bad thing,” he told Goal.

“I will always be the first and that won’t change, and records are there to be equalled and to be broken, and Juventus can definitely always be competitors for the Champions League. As I said before, Cristiano is maintaining his motivation and his performances, so yeah. Why not?”

The Oranje legend adds that expects both him and Lionel Messi to continue to battle it out for the title of being the best, but claims that it will still be up to the younger players to step up and prove they are deserving of being considered.

“I think if they are fit and motivated, they will continue to perform at a high level, both of them. I don’t see why they wouldn’t,” he said.

“The question is more: are we going to see some of the younger generation to step up their game?

“That’s what I’d like to see, because Cristiano and Messi have shown for the last 12-13 years the ability to continue to do their thing.”

Seedorf was then asked who could well challenge them, to which he added: “There are enough players that could step it up. Neymar had decent season, but he’s one of them who can still step it up and be there, then we have some midfielders like [Kevin] De Bruyne.

“We have [Eden] Hazard, I always said that Hazard easily can be there but it’s about are you motivated to be the best? And [Romelu] Lukaku who has been amazing, he has jumped up the last season.

“Maybe I’m forgetting a few: [Robert] Lewandowski did an amazing job, [Philippe] Coutinho, all these players. There are many players: [Sadio] Mane, [Mohamed] Salah.

“So, it’s about the consistency which Messi and Ronaldo have shown. Cristiano has shown all the players that they can be consistent over the years at that level and that’s a mentality thing, that’s a motivation and drive that champions have.

There is no doubt that Cristiano still has the fight and ability to lead us to Champions League victory this season, but he will need his team-mates to step up.

Despite freshening our team up with some less experienced players, we have added some real quality, and I can’t wait to see how far this team can go.

Does this Juventus team have all that is needed to win the Champions League this season, or would next term be a better shout?

Cristiano Ronaldo’s home raided whilst away on international duty