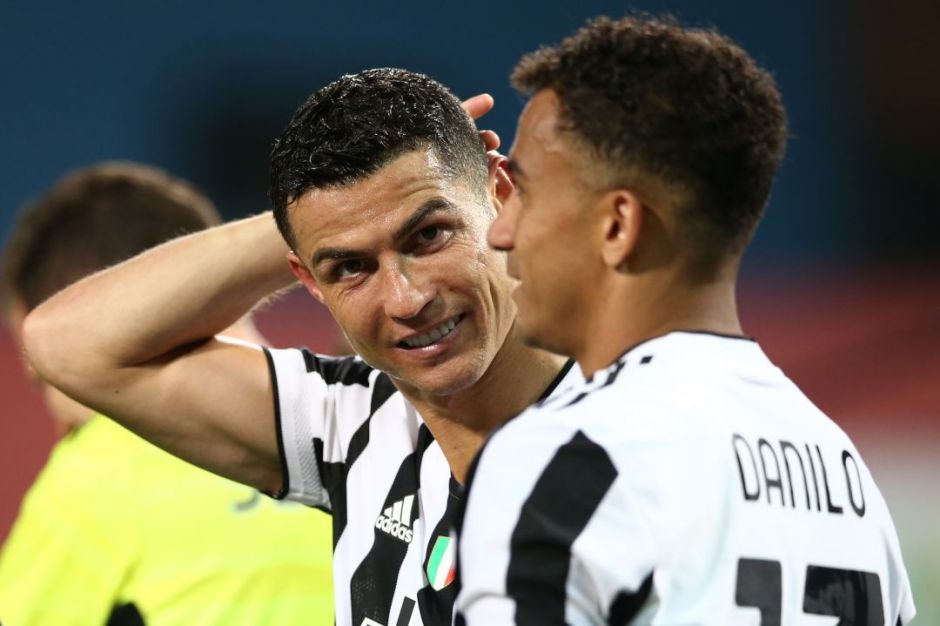 Cristiano Ronaldo was a shock absentee from the starting line-up tonight in Juventus’s must-win match with Bologna, which will no doubt get tongues wagging about his future.

The Portuguese is the division’s top scorer, and he is usually the guy to rely on for goals, especially at the most important of times, but today, he sat watching from the bench.

Fabrizio Romano revealed that the striker was missing from the starting line-up shortly before the teams were officially announced, adding that he didn’t know of any reason for the decision.

He later updated his Twitter followers with comments from Paratici who claimed that both he and the manager Andrea Pirlo had taken the decision after some gruelling matches of late.

The Athletic has now added that while the decision was ‘mutual’, this will most certainly fuel the fire of speculation surrounding where the Portuguese will be playing after the summer.

I feel as though the rumours were going to be there regardless, and with Juventus cementing their place in the Champions League for the new season that this should in fact pour some water on some of those rumours.

I’m not wholly convinced that Juventus and Ronaldo want to stay together beyond the summer, but all-things considered I believe that the most likely scenario is for him to stay put.

Does anyone believe Ronaldo will try and force a move this summer? Or could Juve be the ones in want of a change?

Juventus bully Bologna but the real losers were in Naples