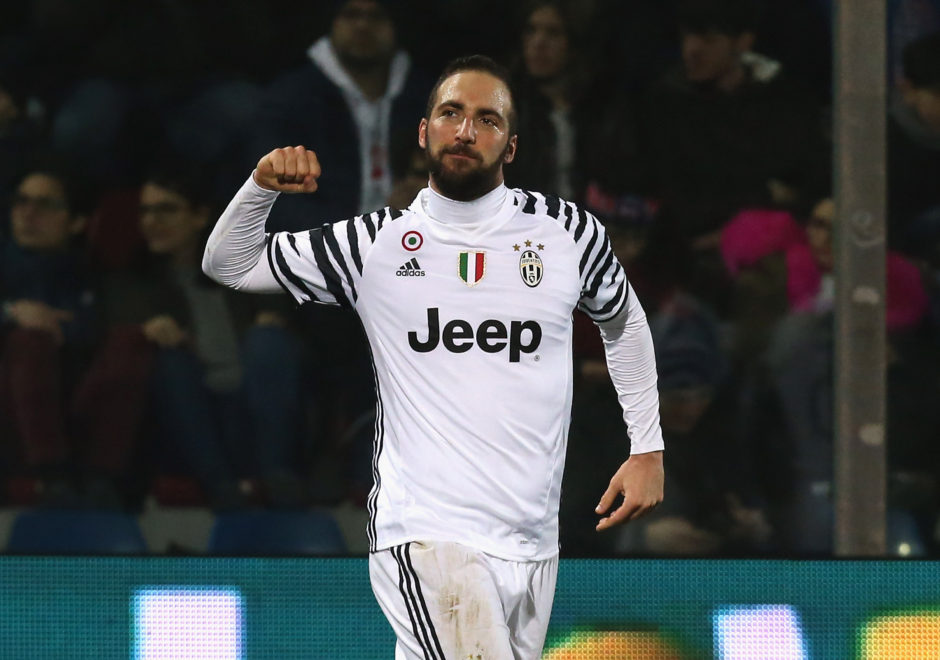 Our game in hand finally drew upon us, with a visit to struggling, surely condemned to relegation Crotone.

Allegri stuck with the system yet made numerous changes to the starting XI. In came Alves, Rugani, Rincon, Pjaca and Asamoah for Lichsteiner, Chiellini, Pjanic, Cuadrado and Sandro. It was a welcome show of squad depth yet also led to a less fluid performance than seen of late. As to be expected with such heavy rotation.

It was clear from the off that the hosts were to set out their stall to defend en-masse. For much of the opening 45 they had 8 players behind the ball which made the final third a throng of too many bodies – especially centrally – to find much space. Yet still, we created some presentable openings. Higuain went close twice and Dybala had an effort cleared off the line late on.

The second half saw our pressure grow, with Crotone camped in their own box. More chances came and went, always in tight spaces with little time to ponder before striking for goal. And it was on the hour, no surprise whatsoever, to find Juve taking the lead. A decent ball swung in from the right found Asamoah’s powerful header which was well saved but Mario was on hand to steer the ball home from an acute angle for 0-1.

Soon after Pjanic appeared on 70′ Gonzalo was put through in the box with a clever pass from Rincon, the Argentine rounded the keeper to plunder his 16th Serie A strike of the season. Not bad at all considering he has made 23 appearances, some of which were late showings from the bench.

Miralem almost added a 3rd with a gorgeous half volley which hit the frame of the goal. Rugani got away with a obvious tug of the shirt in the box on a rare home side attack. And the game petered out into what felt more like a training match.

Rugani – Ever blossoming, for other than the shirt pulling bother, Daniele was in fine fettle. A team high of 7 clearances confirms he was more often than not in the right place at the right time. 7

Asamoah – Given opportunity to get forward to stretch the play and it was his header which led to the opener. It is great to have him back now fit and sharp and he is more than a back-up to Sandro; he is a contender for the LB spot. 7

Alves – Seemed rather leggy, which is to be expected given his age and recent injury lay-off, yet Dani fared okay. Certainly lacking in the defensive nous, he is nonetheless useful from a technical perspective higher up the field. Offered a few decent crosses. 6

Rincon – A strong full debut from the Venezulan. He screened the defence well, got forward and supplied an assist for Higuain. We can depend on him to keep the central midfield area calm and resolute. 7

Khedira– Subdued, jaded and rarely involved. I hardly saw him on the ball, or even without it. In dire need of a breather. 5

Pjaca – His long awaited full debut was more a failure than success, yet perhaps his talents are better deployed against a side who actually attacks, for there was no space to run into, other than the once, when he found a good position in the box yet his shot was weak. 5.5

Dybala – Great showing from the youngster who did more than any other to carve out openings. Set up several chances for team mates and was unlucky to see his effort from a wide position cleared off the line. Great running, trickery and very direct. 7

Mandzukic – Made the most of his one solid chance with a tidy finish, other than which kept up the pressure throughout. 7

Higuain – Gonzalo remains in a rich vein of form. Twice going close before adding to his account for the season. Often faced with numerous foes, yet never daunted. 7

Overall the game felt and looked more like a training match such was our total dominance and the home side plan to play for a draw or damage limitation from the very first whistle. We were crunched a couple of times in the box, with the officials playing the blind man. Yet it did not make any difference to the result. 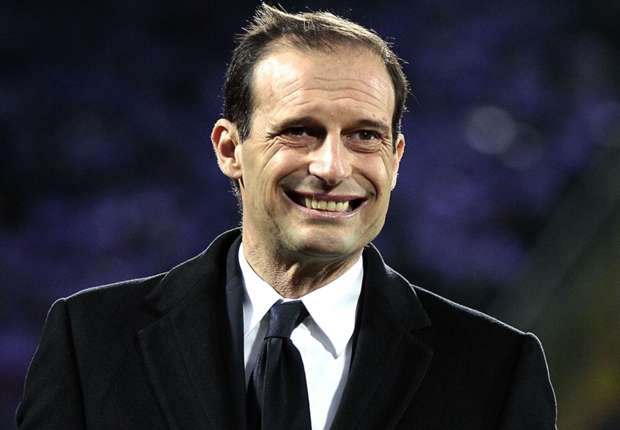 Max Allegri was content with the comprehensive victory over Crotone.

We got the job done, without breaking sweat and it is valuable to learn how to stay calm, keep pressing and wait for the chances to appear, avoid frustration when faced with a human blockade around and within the 18 yard box. They really did place 8-10 players constantly behind the ball, and failed to truly threaten our goal even once. Still, we have the players to unpick the tightest locks, and we managed to create by my count 10 decent chances.

Alves, Pjaca and Khedira were disappointing. Rincon and Rugani encouraging. The rest of the squad were fine.

Not much can be taken from the tie other than the welcome 3 points, no new injuries and a suggestion that plenty of the second string can step into the new system and it holds.

On to Sardinia…where I hope to holiday for a fortnight next September, before moving onto Corsica, then back to the motherland for the first time in three years. A long overdue return to the embrace of my own mangled tribe.

A solid showing and deserved victory.

Also…in other news…The primavera were unfortunately beaten 2-0 in their do or die knockout stage UEFA Youth battle with Ajax. Yet remain on course to win the league and qualify for the end of term tournament, and have the Viareggio to look forward to in March.

It appears that we have been outbid for Brazilian Serb CB Lyanco, as Atletico are offering 20m to Sao Paulo.

When quizzed about possible interest from Arsenal, Allegri responded –

“I won’t deny or confirm anything. I am in sync with the club, now we have to focus on winning. At this time of the season the media always says I’m leaving, even when things are going really well.”

Not quite the quashing of such a rumour some would expect. Yet he has been at the helm for close to three seasons now, has been learning English as is clearly eager to try the premier league and there may well be an opening at one of the established top sides in England. I suspect he has told Juve that all is well, and he will speak to the club about his contract at the end of the season, not now, preferring to focus on winning at Juve. Sousa and Spalletti appear favourites to take over if Max departs. Both of whom have yet to sign contract extensions at Roma or Fiorentina respectively. Allegri’s contract runs to 2018. Yet who can predict who else might be interested and interesting come the Summer…