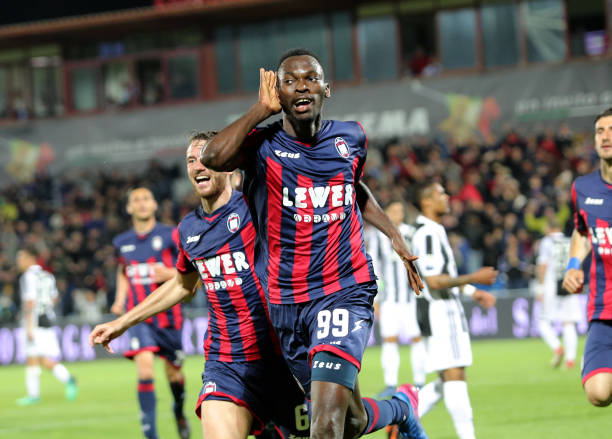 Crotone have taken a 1-0 lead over Juventus thanks to an early penalty decision.

The referee made the decision to award La Rossoblu with a penalty after Bonucci left a leg out, and their forward goes down after passing the ball on to his team-mate.

Gianluigi Buffon wasn’t able to read the run of the taker Simeon Nwankwo to open proceedings, but Juve will definitely feel hard done-by.

Crotone take the lead against Juventus! 👀

It's Simy Nwankwo who converts from the spot to put the @SerieA newcomers ahead.#LiveOnStrive pic.twitter.com/6l68erLmFn

We have thankfully levelled the scoring at the time of sharing this, so game on!