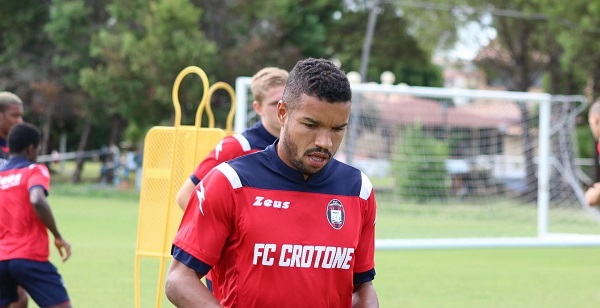 Juventus are hoping to bounce back after their two latest defeats when they take on Crotone on Monday night.

Andrea Pirlo’s men lost their latest Serie A fixture against Napoli last weekend, before falling short in the first leg of the Champions League round of 16 at Porto.

The Old Lady can still make up for the lost ground, and should be able to gain all three points against their Calabrian opponents.

The Derby della Madonnina is set to be played between Milan and Inter on Sunday, and this could prove to be a golden opportunity for the Bianconeri to close in on the top spots.

Junior Messias has been one of the most important players for Crotone during the current season.

The Brazilian has so far managed to score six goal for Giovanni Stroppa’s side, and will be hoping to add on to his tally against the Italian champions.

Nonetheless, the striker knows that his side is facing an uphill battle against Pirlo’s men.

” It will be a very difficult match, but we will go to Turin knowing that we want to play our style of football. We will try to use all the weapons at our disposal to get out of the Stadium with a positive result,” said Messias in an exclusive interview with TuttoJuve.

” There is never a right moment to face Juventus. I played for some Piedmont teams, but I don’t consider it to be a personal derby. For me ,it will be a match like any other.

” Ronaldo is a great champion, it’s a satisfaction to be able to face players like him,” concluded the striker.