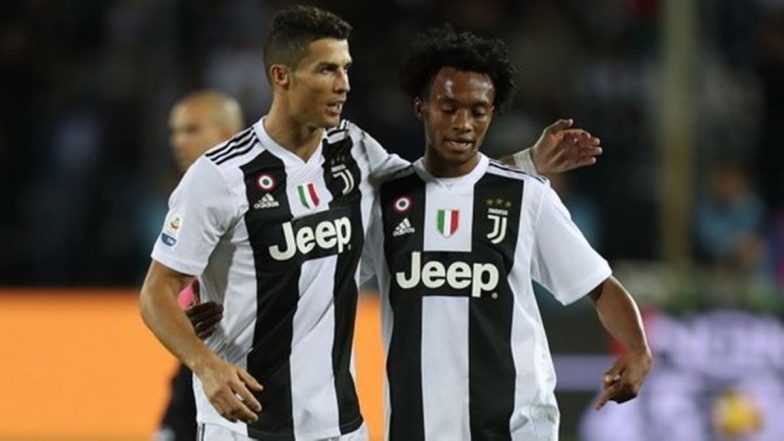 In the latest scene from Amazon’s All or Nothing documentary on Juventus, Juan Cuadrado stands up to Cristiano Ronaldo.

The Portuguese star was arguably the biggest player in the world when he moved to Juventus.

He had just won the Champions League title with Real Madrid yet again in 2018, and Juve signed him to help them end their wait for the coveted trophy.

The attacker didn’t even reach the semifinal of the competition with the Bianconeri before he left for Manchester United this summer.

They had beaten Juve 2-1 in the first leg and the Bianconeri was a goal down at halftime in the return leg in Turin.

In the clip reviewed by Football Italia, during the interval, Ronaldo urged his teammates to ‘work harder.’

Cuadrado stood up to the Portuguese star and said: ‘you need to set the example for everyone too.’

Ronaldo is one player that can guarantee he would make an impact in any game.

More often than not, he comes up with very important goals in matches, but sometimes the team needs him to press the opponents and do more off the ball work.

Ronaldo isn’t famous for that and Cuadrado may have noticed that and that is why he stood up to him.