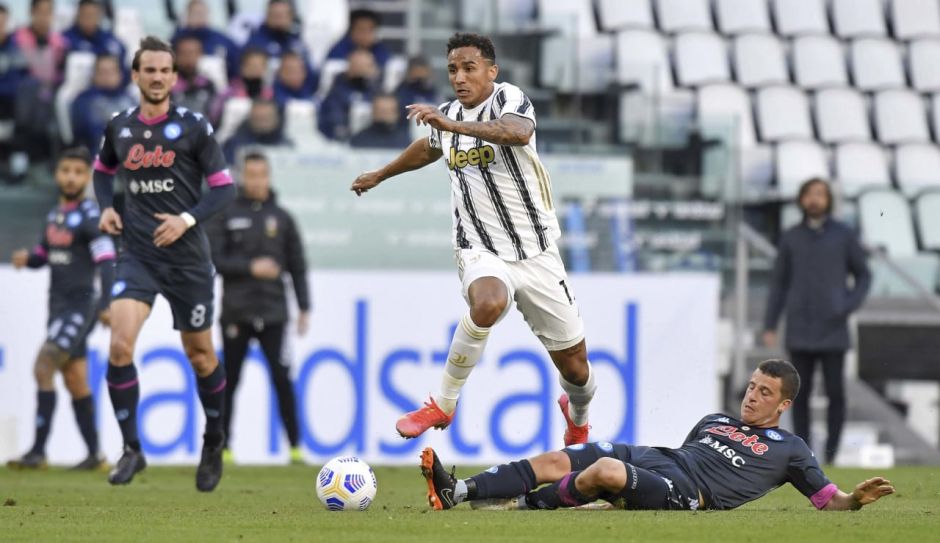 Danilo has praised his side’s must-win victory over Napoli last night, but has called for Juventus’s experienced players to lead the team to focus.

The Old Lady have been frustratingly inconsistent this season, drawing with lots of below-average teams and giving away too many points throughout the campaign.

We have had to juggle numerous injuries and Coronavirus absences, as well as playing in the Champions League and cup competitions which certainly haven’t helped, but will be looking to find that consistency with just the Coppa Italia final at the end of the campaign left apart from Serie A.

Danilo has called for the leaders in the team to bring the focus for the less experienced, using yesterday’s performance as the staple for what can be achieved.

“We knew how important this game was,” Danilo said after the final whistle(via Juventus.com). “When we all stick together and dig in together as we did today, this is what happens: we play well and win games.

“We have to keep it up now. Great teams are consistent and we’ve struggled to put together long runs this season. The more experienced players among us have to lead the team and make sure we play with the focus and attitude we showed today.”

Has the lack of leadership been the issue this season? Who should we be looking at to be leaders in the side?